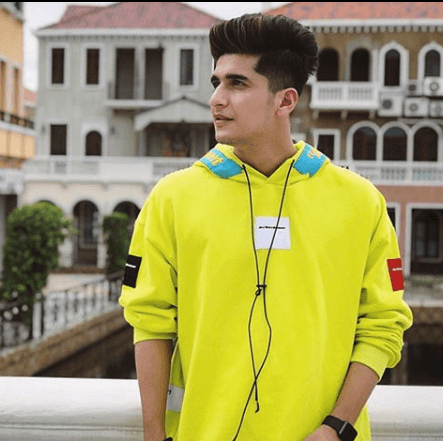 Splitsvilla is a show where the most eligible singles meet, connect and bond with each other. This show is going on for years and currently in its 12th season. Splitsvilla 12 season is full of love, hatred, bonding and tasks. At present there are 8 boys. Based on popular news reports and analysis, The News Crunch brings you a summary of who is the most popular contestant who is hogging all the limelight and who needs to buck up.

Who Are the Most Popular Male Contestants in This Season of Splitsvilla?

Without all the confusion going on, Piyush Sharma from Mumbai is currently termed as favorite. He is constantly in talks and is in limelight. Piyush has found himself in a triangle involving Aahana and Arshiya. There is a constant banter between these three in order to sort their differences. He is also in constant banter with fellow contestant Bhavya. Ongoing rivalry with Ashish Bhatia is the highlight of  the show.

Next up is Ashish Bhatia, of Roadies fame. He was previously with Aahana. Given a chance earlier in the show, he chose Miesha ahead of Aahana. To everyone’s horror, they turned out to be the chosen one couple. Now, they are ruling over the villa taking important decisions. He has performed tasks and proves a point why he is the Chosen one. His chemistry with Miesha is also talked about.

Alfez is an ideal match with Aradhna . His superiority complex makes him a cunning person overall. He has a great equation with Aradhana who perform well as a couple in the tasks.

Uday can be called an underdog in this show. He first was linked with Hridya. Due to their differences, they parted ways and now Uday is seen performing with Alice. He is a total entertainment package who can dance and sing well and also perform well in tasks.

Bhavin is a wildcard entry who arrived 3 weeks ago. He has confessed that he likes Hridya and will only perform with her. His sweet and entertaining nature has helped him perform his tasks efficiently.

Shrey is a perfect example of a true gentleman. His calm demeanor may not what be suited for the show but he too has performed well in the tasks. He started his journey with Jinal. Later she felt, he needs to change his attitude and start to stand up for her. He confessed his feelings towards Priyamvada, who too likes Shrey a lot.

Loka is another entertaining character. His unique hairstyle was his highlight. He is seeing teaming up with Bhavya. His brawl with Alfez was where we saw his other side otherwise has performed well in the tasks.

Sambhav is one who has the best body in Splitsvilla. All the girls on show appreciate his body. Somewhat he is considered to be a lost character in the show. He has an okay equation with Soundarya. They both have their differences but still manage to perform with each other.

Vote for your favorite male contestant in Splitsvilla here:

Who Your Favorite Male Contestant in Splitsvilla 12?