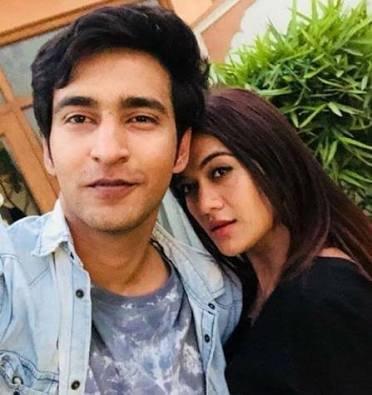 A quick recap of last week’s episode saw Alice getting eliminated. This week’s episode started with Uday confronting Bhavin about why did he wrote his name on the card. Bhavin had the same explanation which he gave back in the dome. Hridya too came in between to explain the whole situation to Uday.

There was a small tiff between Bhavya and Alfez. Bhavya was accusing Alfez, that he and Piyush always pick up a fight with her. She tried to play the victim card in this situation.

Later on, Bhavya had a tiff with Hridya. They both were still fighting over what they left back at the dome.

Soundarya read out the scroll in which they had to go for their next task. The task was where the Ideal Matches had a chance to challenge the Chosen Ones.

After reaching the task location, Rannvijay and Sunny greeted them. They told them that the task name was ‘Langur ke Haath mein angur’. There will be three rounds.

The Ideal Matches performing were:

The Ideal Matches had to choose contestants who can help them in this task.

Earlier, Loka stood by his statement that he will perform only with Bhavya and won’t perform against her. Aradhna asked Loka whether he will perform for them. Loka agreed and they both were playing together. Aahana was not happy with his decision. She spoke her mind. Nobody chose Aahana and Bhavin, so they went directly into the dumping zone.

The partners had to wear a dress covered with balloons. The opposite contender had to burst those balloons to using a bat in a circle ring. The other partner had to be outside the ring and collect Three single digit numbers. Whoever will be performing inside the ring will go up on the harness and open the box lock by using any combination out of those numbers. The good part of this task was that whichever Ideal Match wins the task, the contestants helping them will be in the safe zone.

Alfez & Aradhna win the task and be the ones to challenge the Chosen Ones.

Later in the evening they receive another scroll were they had to go for The Chosen Ones task.

There is a huge plus sign setup. The boys had to be on the plus sign above. They will have huge batteries at their back. The girls had to collect water and solve the maze down below. Twist was that those girls will be blindfolded. The Boys had to direct them to solve the maze. Both the couple had to drink Alo Fruit Juice to activate their superpower. If anyone does a penalty, 200ml will be discarded from their jar. Superpower will add 100ml into the jar.

Result- Ashish and Miesha are still the Chosen Ones.

Tune into Splitsvilla every Friday at 7pm.