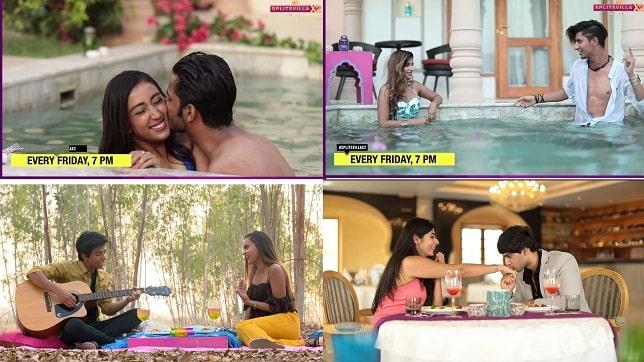 Back at the Villa, Miesha was pissed on Ashish. Miesha discusses it with Bhavya. She is very much angry while conversing with Bhavya. Bhavya then discusses the issue with Hridya. Bhavya asks Hridya to apologize to Miesha, she backs out.

Miesha asks Ashish for his explanation to save Hridya. Miesha walks out and Ashish runs behind her to convince her. A huge argument breaks out between Bhavya and Aradhna as Bhavya is seen abusing Aradhna. They come to a point where they could have come to blows. Miesha gets very angry on Ashish and tells him to get out of her room.

Loka isn’t happy about the current situation and he apologizes Miesha. Meisha questions his apology and Loka tells her that he wants to sort things out.

Ashish calls Arshiya’s name and she tells him to keep quiet. Piyush and Ashish abuse and argue with each other. They keep on taunting each other. Rannvijay sarcastically asks them that are they done taunting and arguing.

Soundarya and Sambhav vote against Piyush and Arshiya.

Piyush is shocked by Sambhav’s decision. Rannvijay mentions if the couple selected to go in front of the Oracle doesn’t be an Ideal Match, they will go in the unsafe zone and The Chosen Ones can dump any couple out of the three couples. Piyush comments on Chosen One’s power. Ashish speaks out and tells him to respect the power and the Title.

Piyush, Arshiya, Shrey and Priyamvada vote for Soundarya and Sambhav to go in front of the Oracle.

The Chosen One’s have the power to dump any couple from the Unsafe Zone. Rannvijay asks the unsafe zone couples to pitch in front of The Chosen Ones. Bhavya pitches against Loka and Hridya. Piyush, Arshiya and Bhavya once again argue.

Ashish saves Piyush and Arshiya as a competition and dumps Loka and Hridya. Loka once again apologizes Miesha and sings his new rap song for her. Hridya mentions that Miesha is fake according to her nature.

Alfez Makes a Sudden Exit, Will He Return?

Next Day in the Villa, Alfez has to leave the show due to an emergency in his family. Aradhna and other contestants are sad because of this. Family comes first in front of a game.

Love is in the Air for Shrey and Priyamvada

Scroll mentions that all the couples get time to spend with each other. Piyush and Arshiya express their feelings for each other. Arshiya sings for him. Soundarya and Sambhav promise to be play together till the end even if they aren’t an Ideal Match.

Ashish and Miesha have a pool date. Ashish compliments Miesha on her looks. They apologize each other for their issues between them. Ashish dances for Miesha in order to woo her. There are moments where we they both are expressing their feelings for each other.

Uday had set up a ring date for Bhavya. Both, talk in general and Uday confesses his feelings for Bhavya. Bhavya asks Uday out for a date and he gladly accept it. Uday sings a song for Bhavya.

Shrey and Priyamvada also have a pool date. Shrey compliments her as she dons a Bikini. These love birds share some good moments. They hug, kiss and cuddle each other. They compliment each other. They display their love for each other. These dates were very important as the Villa was under negative vibes and attitude. The show ends on a good note. Tune into Splitsvilla every Friday on MTV at 7pm.