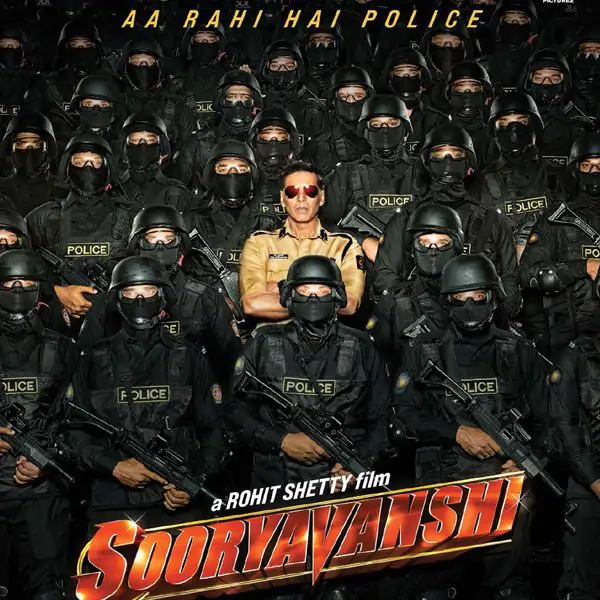 As Coronavirus is being declared as an epidemic across the globe, the makers of Sooryavanshi have decided to postponed the release of Akshay Kumar and Katrina Kaif starrer for indefinite period of time. The movie was supposed to release on March 24.
Karan Johar, who is one of the producers of Sooryanvashi, took to Twitter to issue a statement regarding the release of their film which also stars Ajay Devgn as Singham and Ranveer Singh as Simba.

“ROHIT SHETTY PICTUREZSooryavanshi is an experience that we have created for you with over a year of dedication and hard work, and the response we received for its trailer was nothing less than electrifying and made it clear that this film truly belongs to its audience… We have been as excited as you are to present the film to you and your family, but due to the recent outburst of the COVID – 19 (Coronavirus), we, the makers, have decided to postpone the release of your film Sooryavanshi, keeping in mind the health and safety of our beloved audience… And therefore, Sooryavanshi will be back for you just when the time is right… After all, safety comes first… Until then, keep the excitement alive, take good care of yourself and stay strong… We shall pull through this…-Team SOORYAVANSHI”

The Delhi government on Thursday declared coronavirus as an epidemic with Chief Minister Arvind Kejriwal announcing that all cinema halls will be shut till March 31 to check the spread of the virus.

The chief minister said schools and colleges where no examination is underway will also be closed.

“We are continuing the ongoing measures to check the spread of coronavirus in Delhi. Along with that, we have decided to close all the cinema halls and schools which are not having examination till March 31,” Kejriwal told the media.

Rohit has interwoven the world of “Singham”, “Simmba” and his upcoming film “Sooryavanshi” – creating his own “cop universe”.

Asked how tricky was it to create the universe, Rohit Shetty told IANS: “It just happened. You have to take risk and create something new.

Looking back, the director continued: “When we did ‘Simmba’, we had this thought that let’s bring ‘Singham’ and ‘Sooryavanshi’ in it and create a start of making our universe. We were scared that if ‘Simmba’ goes wrong then the brand which I am making with ‘Singham’ will go wrong. It was risky but we took it and here we are… The audience created the universe.”