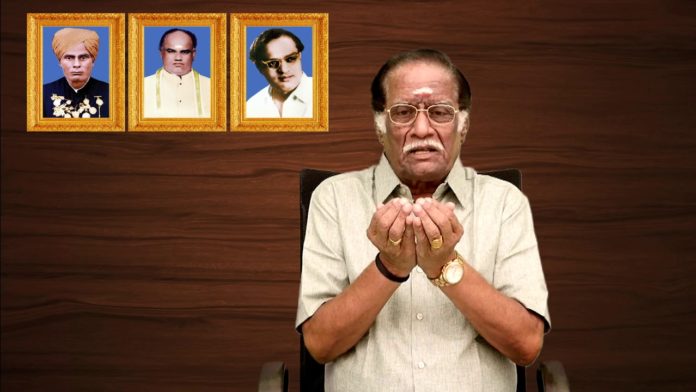 Sivaraj Sivakumar, a famous Siddha doctor among 90s kids, passed away today. He was 78 years old at the time of his death.

It is well known that in the last 1990s and 2000s, advertisements for Sivaraj Sivakumar, who solved sexual problems, appeared everywhere on television and in the newspapers. He is popular among 90s kids and has been touring and treating Tamil Nadu throughout the month. Many call him ‘Salem Sivaraj thatha.’

Sivaraj, who had been suffering from poor health for a few days, passed away early today after receiving treatment at a hospital. Following this, his body was laid to rest at the ‘Agasthiyar Maaligao’ in Sivathapuram, his native place in the Salem district. Many members of the public are paying homage to him. The last rites will be performed to Sivaraj Sivakumar today evening.

Sivaraj’s heirs, who have practiced Siddha medicine for seven generations for curing sexually transmitted diseases, are still said to be practicing Siddha medicine.