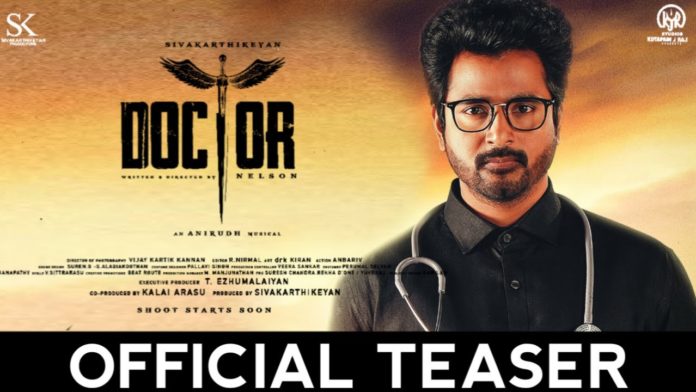 It is known that actor Sivakarthikeyan has been acting in two films simultaneously for the last few months, and the shooting of two films, ‘Doctor’ and ‘Ayalaan,’ is now over. It is said that the shooting of ‘Doctor’ and the post-production are almost over, and the release date of the film will be announced soon.

In this case, the movie ‘Doctor’ teaser is said to be released on 17th February 2021. It is said that the teaser of the film will be a treat for the fans on his birthday as it is Sivakarthikeyan’s birthday. Anirudh composed the music or the film directed by Nelson, and Priyanka Arul Mohan plays the lead role in the film.

Though the shooting of Sivakarthikeyan’s ‘Ayalaan’ has come to an end, it is said that the Ayalaan will be released by the end of this year as the computer graphics work on the film will take about 10 months. It is also said that AR Murugadoss is likely to direct Sivakarthikeyan’s next film.