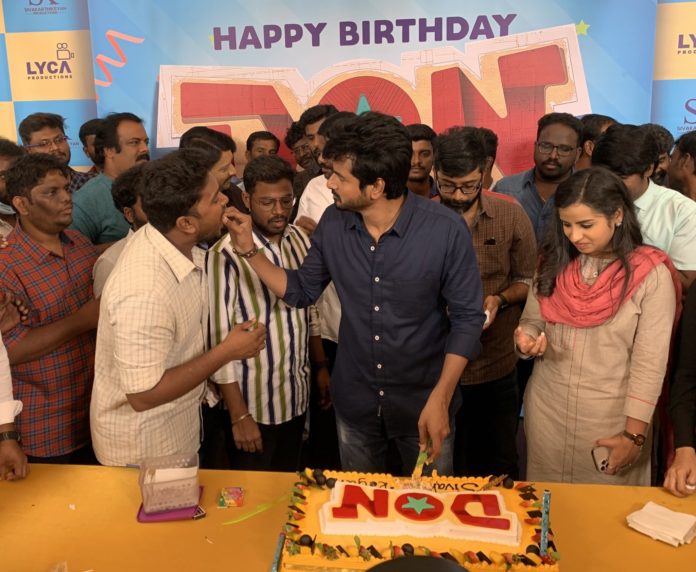 Fans are celebrating the birthday of Sivakarthikeyan, a leading actor of the Tamil film industry, by posting a hashtag on a social networking site. In this situation, actor Sivakarthikeyan, who participates in the filming for the movie “Don,” has cut the cake with the cast and is celebrating his birthday. This photo is currently going viral on social media.

Actor Sivakarthikeyan starrer “Ayalaan” and “Doctor” will be released soon. In this situation, director CB Chakravarthy is currently playing the lead role in the upcoming film “Don.” This is his 19th film.