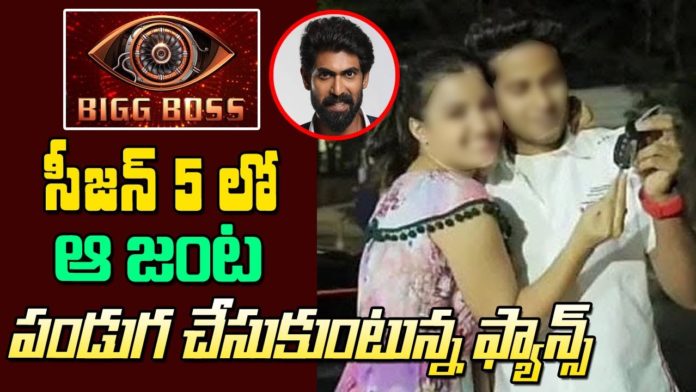 Everyone knows about the Bigg Boss reality show, and the television audience is eager to see what the contestants will look like in real life. The show, which has already completed four seasons, will soon be gearing up for its fifth season.

Varun Sandesh and Vithika have arrived as a couple in season 3 of Bigg Boss Telugu, and a similar real-life couple is expected to enter season 5. Siri Hanmanth And Shrihan are expected to be part of Bigg Boss 5 Telugu.

Siri Hanmanth, who started his career as an anchor, became famous with the serial Jampala; she has also made a name for herself by starring in the serials Mohini and Agnisakshi. She is in love with another actor, Mr. Shrihan, and the two are expected to get married soon.

The two have also acted together in several short films. In addition, the web series Ram Leela also gave them a good craze. They also appeared as a couple in several television shows.

In the past, on Star Maa in a show called 100% Love, they got engaged. Recently, the couple also participated in the Star Music Show hosted by Suma and made a lot of noise.

The couple will also get a chance in Bigg Boss 5. They will also go as a pre-wedding love couple. Now we have to see how the journey between them goes on.