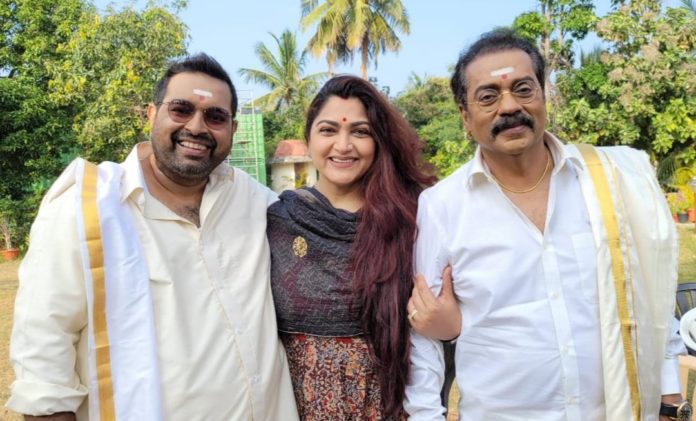 Over the last few years in the Tamil film industry, we have seen singers, composers, directors, and producers becoming actors from time to time. Khushboo has posted on her social media account the information that the two leading singers have become actors.

The upcoming film ‘Aranmanai 3’ was directed by Sundar C and produced by Khushbu. Post-production work is going on day and night as the shooting of the film is nearing completion. The release date of this film is expected to be announced soon.

What a pleasure and honor to have two legends @SingerHariharan and @Shankar_Live on board for our prestigious project #Aranmanai3 as actors, performing for their songs. Thank you so much for agreeing to be with us. #SundarC ❤❤❤❤❤🙏🙏🙏🙏 pic.twitter.com/XSCEYjcgmd

Both the famous singers Hariharan and Shankar Mahadevan have sung a song in this film. Producer Khushboo has posted on her social media site that they have acted in this song. She also said that she was proud to introduce both of them as actors and thanked both of them for agreeing to act. This information is currently going viral on social media.