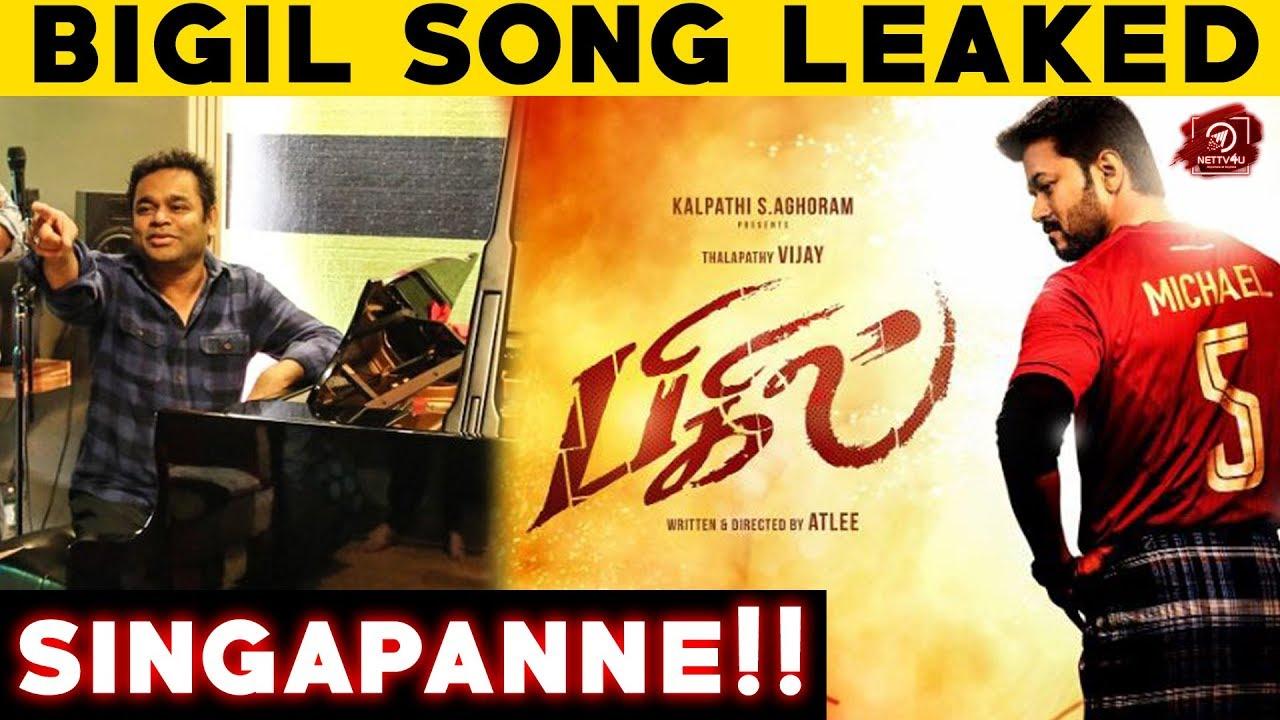 This is not the first time a song getting leaked of a famous Superstar of South Indian cinema. This one is a biggie though, Singapenne is a song from Bigil movie and it has none other than Oscar winner A R Rahman as the music director. “Singapenne” is trending worldwide on twitter and the fans are going gaga over it, After the track was shared online, fans began posting messages of support to the film’s team. The song distinctly sounds like a composition by AR Rahman and is reportedly from the sets of Bigil. The film is a sports drama, with Vijay playing a football coach and starring Nayantara as the female lead.

We went to youtube and listened to the song to check out if it was fake and we instantly could feel that it was by the master A R Rahman. This song will be topping charts soon once it officially releases. We are posting the youtube video here for the fans. We at TheNewsCrunch officially don’t support any such leaks and it dishonours the hard work put by artists. We hope such things doesn’t happen in future and there should be a probe and intense punishment for wrong doers. Share your comments below in support of A R Rahman and Bigil team.

Happened a lot to me, I know that feeling

It takes hours of hardwork to complete the work

But just seconds to leak/share it

You can still make the difference

Now The Time For Rise Of Women's..?