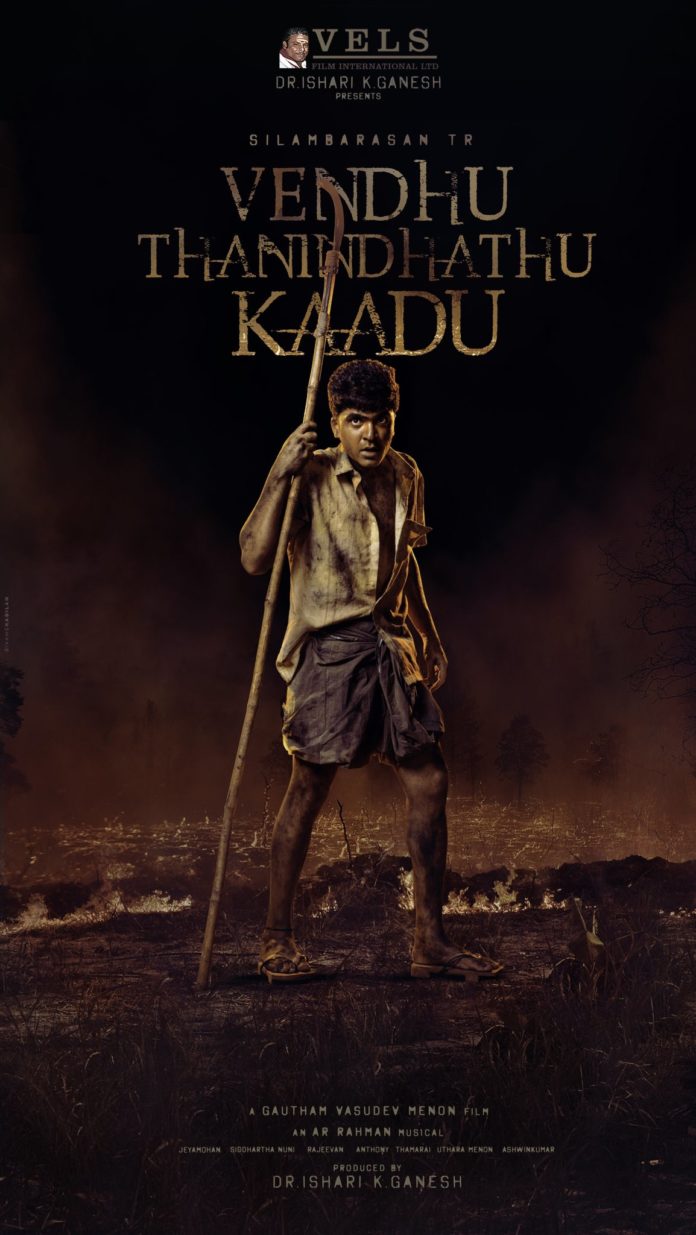 The first look poster for the STR47 film directed by Gautham Menon and starring Simbu has been released. Simbu is intimidating in the poster. Gautham Menon, known for saying love beautifully, said the Simbu alliance has always been special. Simbu and Gautham Menon have teamed up again after’ Vinnai Thandi Varuvaya’ and ‘Achcham Enbadhu Madamiyada.’

Ishari Ganesh is producing the film through her Vels Film International. The music for the film is composed by A.R. Rahman. The film was titled ‘Nadhigalilae Neeradum Suriyan.’ In this case, the title was changed.

It has been announced that the first look of the STR47 will be released on August 6 at 12.15 pm.

The First Look poster has been released as announced. The film is titled ‘Venthu Thaninthathu Kaadu”. Seeing Simbu in the poster is different. Critics have been praising that he has never acted in a look like this in his career.

Fans who saw the poster has been praising his looks and are thanking Gautham Menon. They are eager to watch this movie.

Here is the first look poster: