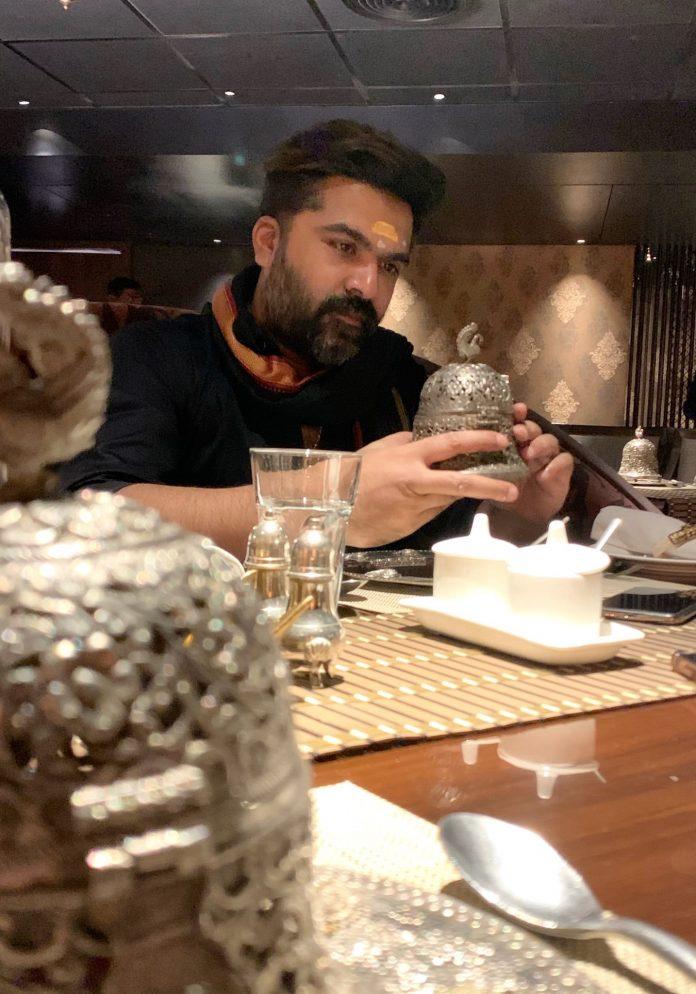 Simbu aka STR is one of the most controversial star of Indian cinemas. He is known for not being on time for movie shootings and there are multiple complaints on him from film producers about his inability to stick to schedule. But few weeks back Silambarasan stated that he has turned into a new leaf and his new movie “Maanadu” shooting will start as soon as he finishes his 48-day fasting and visit to Swamy Ayyappan temple.

Even there were photos from Maanadu producer Suresh Kamatchi and Simbu from temple showing STR is in a path of redemption. Now a recent photo of Simbu along with his friend Mahat was shared from a five star hotel and STR was seen eating at the hotel. He is now trolled online for breaking his fast and eating at five-star hotel. Mahat shared a photo on twitter with this caption “Dinner time with swami #swamisaranam ???????? #STR”