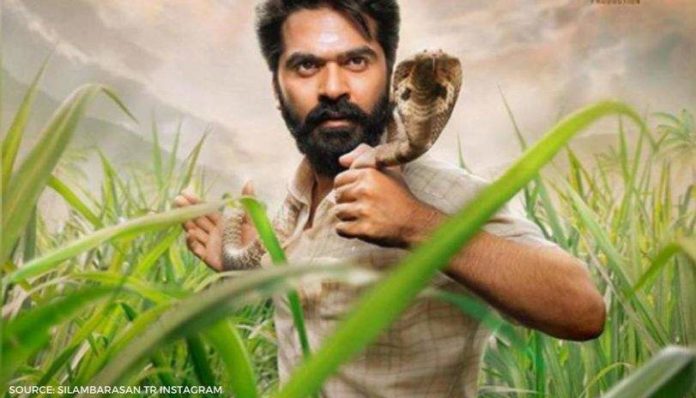 Simbu is stealing the thunder with his fit looks for his upcoming film Eeswaran. Director Suseenthiran made the impossible possible by wrapping up Eeswaran in just 22 days. He worked extremely hard and lost nearly 30 kilos to undergo a major transformation in his life.

EESWARAN TEASER TO RELEASE ON NOVEMBER 14

Eeswaran is one of the most anticipated films only because of Simbu’s major involvement in it. On November 13, Simbu took to Twitter to reveal that the film’s teaser will drop on Diwali at Brahmamuhurtam time.

For the last couple of years, Simbu has had spiritual awakening and spoke about his association with God. So, he decided to release the teaser tomorrow at 4.32 am. Yes, you read that right.

Simbu wrote, “With the blessings of goddess Lakshmi #Eeswaran Teaser will be releasing tomorrow early morning #BRAHMAMUHURTHAM @ 4.32 am

With the blessings of goddess Lakshmi #Eeswaran Teaser will be releasing tomorrow early morning #BRAHMAMUHURTHAM @ 4.32 am

Bankrolled by Balaji Kapa under the banner of Madhav Media, the music of the movie is composed by Thaman. Nandita Swetha, who was last seen in Taana has been roped in to play an important role in the film. Simbu was last seen in a short film titled, Karthik Dial Seytha Yenn, directed by Gautham Menon.