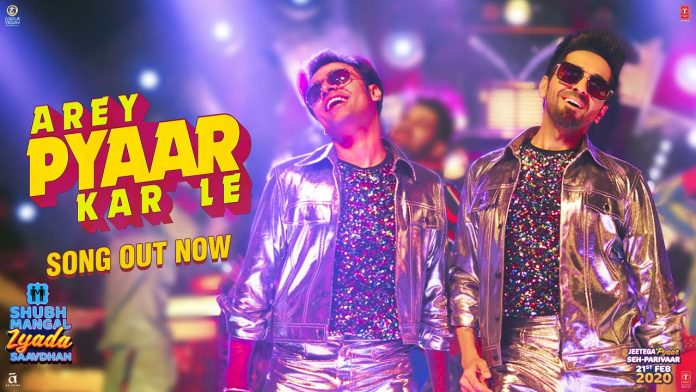 Any Ayushmann Khurrana movie makes the maximum buss before the release, during the release and post the release. That is the beauty of the genre create by this National Award Winning actor. His next release Shubh Mangal Zyada Saavdhan is making a lot of noise yet again for its unconventional storyline and diving into new realms of cinema. It is certainly not the first film that is based on homosexuality but it is the first to normalize it and actually be open enough to admit that it is fine to be homosexual. Many actors shy away from playing homosexual characters but Ayushmann was never one to shy away. He is winning a roaring response for playing a gay man and taking away the stereotype attached to it. The trailer has made us watch the actor in awe yet again and we can’t wait to relish the film.

Meanwhile, as the promotions are on in full swing, the makers are leaving no stone unturned. The plot of the film already has made eyes pop and stay latched on till its release but along with that they are also releasing one catchy song after the other, the makers are just teasing the audience until the final dish is served.

Recently, the makers of the film released the much-talked-about song Arey Pyaar Kar Le and it is a sure-shot chartbuster! The song is a revised version of the popular 80’s track Pyaar Bina Chain Kaha Re. Colourful dance floor, silver disco ball, bell-bottom pants and more! It gives the perfect retro vibes, while Bappi Lahiri’s guest appearance steals the show.