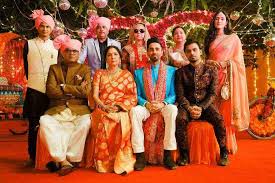 Ayushmann Khurrana has created a genre of films on his own. His latest outing Shubh Mangal Zyada Saavdhan joins the delightful list. It released on February 21st 2020 and was very well received by the audience. But for those waiting to kick back and watch this family entertainer at home, Shubh Mangal Zyada Saavdhan is all set to release on Amazon Prime Video. Amazon Prime Video is the leading digital streaming partner which screens the best films.

Shubh Mangal Zyada Saavdhan, is said to release on Amazon Prime video on April 17th 2020. It is a Friday which gives people the weekend to dig in.

Why The Delay in Shubh Mangal Zyada Saavdhan’s Release Online?

Most of the Bollywood films are now streamed on Amazon Prime post 8 weeks of its release. It is a known fact that Bollywood producers have a strict deal with theatres across India wherein a film cannot be given for streaming on any online base before 8 weeks of it being on the big screen. Post this an online portal can screen a film.

Shubh Mangal Zyada Saavdhan, Is said to release on Amazon Prime video on April 17th 2020. It is a Friday which gives people the weekend to dig in. Considering it was released on 21st Februrary 2020, April 17th seems apt for it been screen on Amazon Prime Video. 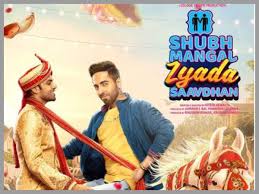 The film has not been doing well in theatres the past few days due to the big released expected in March. Either ways due to the rule there cannot be a prior release. There could be a delay due to major players like Netflix and Hotstar releasing the film on the same day. By the most if there is any delay the film will release on April 24th.

Shubh Mangal Zyada Saavdhan is a social comedy drama that normalizes the concept of homosexuality in India. It stars Ayushmann Khurrana and Jitendra Kumar as the lead pair. The supporting cast includes Gajraj Rao, Neena Gupta and Maanvi Gagroo.