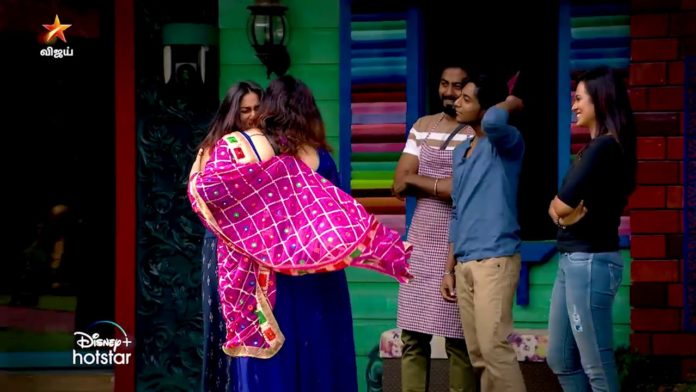 We have already seen the information that the first freeze task for the housemates of the Bigg Boss house is going to take place today, and the family members of the contestants are going to visit one by one.

Shivani’s mother comes to Bigg Boss house, and it was shown in the first promo released today. Shivani hugs her and cries when she sees her mother, who has been separated for 85 days. The two behave sentimentally for a while.

It is a great shock that after that, Shivani was taken alone and reprimanded by her mother. ‘Why did you come to this show? Are you thinking that everything you are doing inside this house is unknown to anyone outside? Shivani is shocked by her mother’s question. In fact, Shivani wrote a letter during the Letter Task to her mother saying whatever she is doing inside the Bigg Boss house is for a purpose and she is not in love with anyone.

It is noteworthy that Shivani’s mother has asked almost the same question that Losliya’s father asked last season.