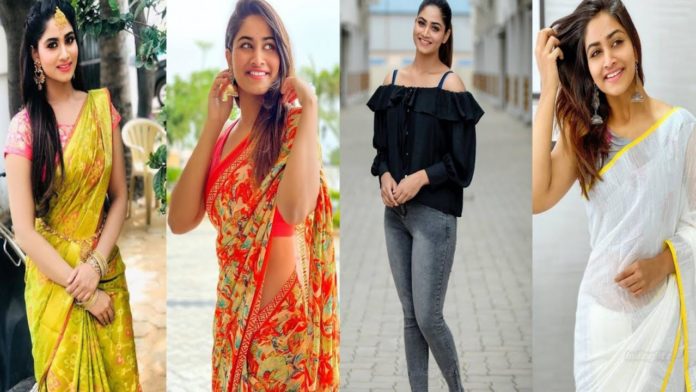 Serial actress Shivani Narayanan made her Tamil debut with the Pagal Nilavu serial. She subsequently became famous by being active on social media. Her social media presence helped her to be a part of Bigg Boss 4 Tamil as a contestant where her performance initally was not appreciated but gave a stellar fight before getting eliminated from the show.

Shivani Narayanan is currently vey active on social media, posting glamorous photos as a daily update to her fans.
Shivani’s photos and videos have helped her to gain more than 2 million fans on Instagram. Shivani has received such a reception not because she is acting in a serial, but because she keeps sharing sizzling photos for her fans. Shivani Narayanan is currently the biggest influence among the fans in that regard.


At just 19 years old, Shivani has achieved a lot and though an introvert in real life her social media interaction has kept her fans hooked. Fans were upset that Shivani Narayanan would not post photos in glamorous attire after Bigg Boss but she came back strongly with bikini photos and videos during her Maldives vacation. Shivani Narayanan, who is currently on holiday in the Maldives, has been posting glamorous photos as a beacon to cool the eyes of the fans every day.

Shivani Narayanan has set the internet on fire with an ultra-glamorous photo today. She has captioned this photo “If u can Dance and be free and not be embarrassed, you can Rule the World.”