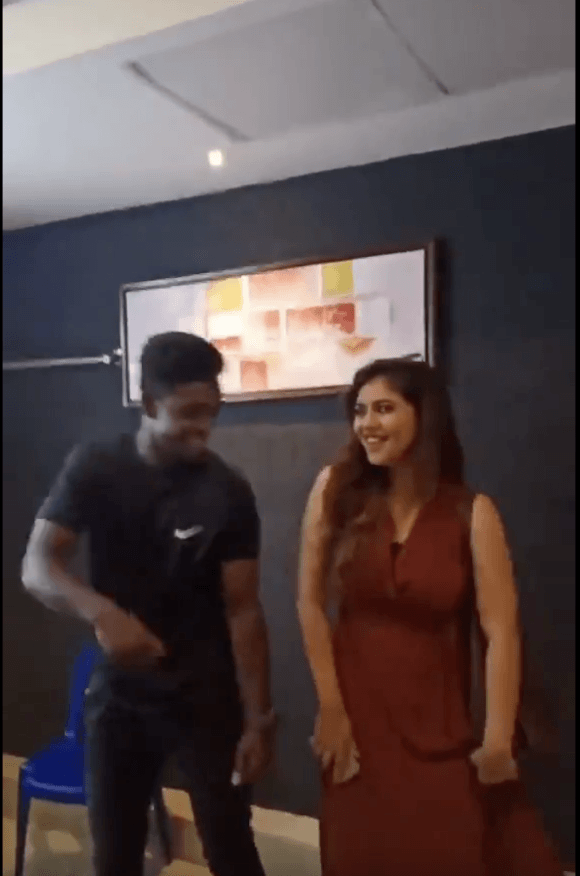 Sherin Shringar is one of the underdogs of recently concluded Bigg Boss Tamil season 3 where she came as number 4. She did the unexpected by reaching number 4 as she never had a huge fanbase like Tharshan, Mugen or Kavin. She even beat Tharshan to reach no.4 spot and now Sherin has a huge fan following. Sherin was known for “Azhagiya Asura” song from Whistle movie where she showed her dance moves and her glam role which got her a huge fanbase when the movie was released 16 years ago. Now Sherin Shringar has created the same song “Azhagiya Asura” with a fan on TikTok where she is seen singing and dancing for the song. This video is going viral on social media. You can see the video here and share your views