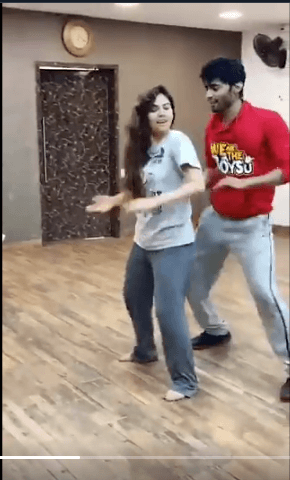 Sherin Shringar is the latest sensation from Bigg Boss 3 Tamil as she came fourth in the final voting list. She even beat Tharshan in votes and emerged as one of the dark horse of this season. Sherin gained people’s vote for her honesty and straight forwardness and has built her own army. Now Sherin has become a busy actress and her chemistry with Tharshan is one of the most talked about thing on Bigg Boss Tamil season 3. Sherin has shared a recent video on Twitter dancing with Tharshan for the song “kathari poovazhagi” from Asuran movie and has tagged Dhanush asking how is the performance. This video is going viral on social media and has been well received by the audience. You can check the video here

How is it !!! from @dhanushkraja Sir Asuran ? pic.twitter.com/JVTuAulNgz


This may be the rehersal video of her BB Kondattam performance, what do you think about the video. Share your comments below.