Shark Week is one TV show which millions of viewers look forward to every summer. However, there has been a lot of confusion regarding the release date of Shark Week 2019 and this triggered a lot of discussions and rumours among anxious fans.

While a mere Google search suggested that Shark Week 2019 releases on July 13, most of the major publications and news sources revealed that the official release date for Shark Week 2019 would be July 28 and the show will be telecasted till August 4th. 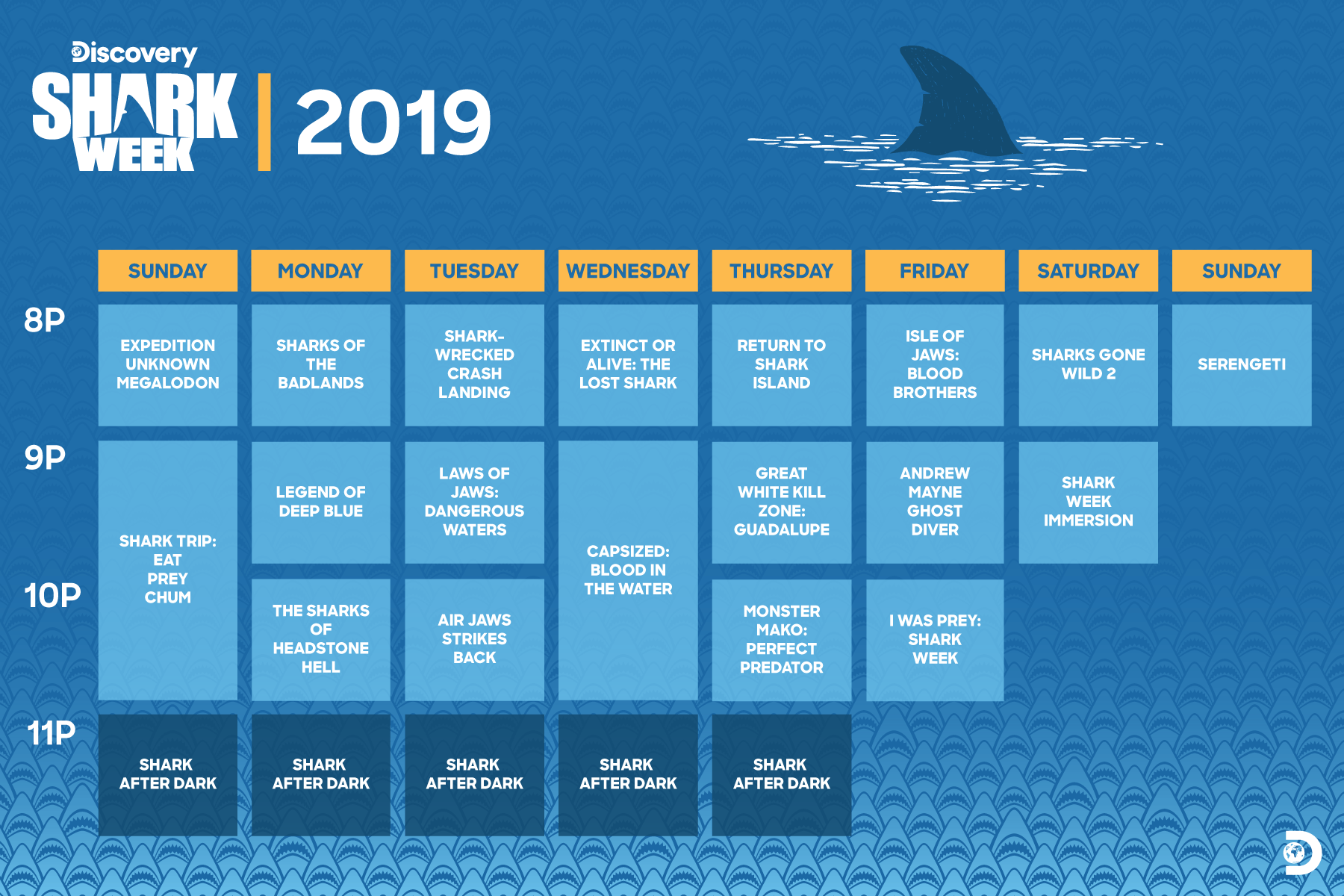 There will be 18 special shows in this season of Shark Week. The show will start at 8PM every day from July 28th to August 4th and the wrap-up talk show hosted by Rob Riggle will begin at 11PM ET/PT.

Megalodons are 5 times bigger than the T.Rex dinosaur and weighs 60 tons. It was on top of the food chain in the world’s oceans 20 million years ago and it disappeared all of a sudden. Find out what happened to the mega megalodon in the opening episode of Shark Week 2019.

Rob Riggle brings fellow celebrities to take the “Shark Trip”. Find out how the adventure ends up for the celeb friends in this show.

Sharks of the Badlands

The latest shark detecting surveillance technology will be put to work by Greg Skomal in association with Andy Casagrande and expert Kina Scollay in New Zealand in this episode.

Shark experts Brandon McMillan and Jimi Partington head back to Guadalupe Island to search the depths for the biggest white shark in the word – Deep Blue.

The Sharks of Headstone Hell

Shark scientist Riley Elliott is in Norfolk Island, the den for the biggest tiger sharks on this planet.
The show descriptions for the remaining shows will be updated once TheNewsCrunch has official confirmation.