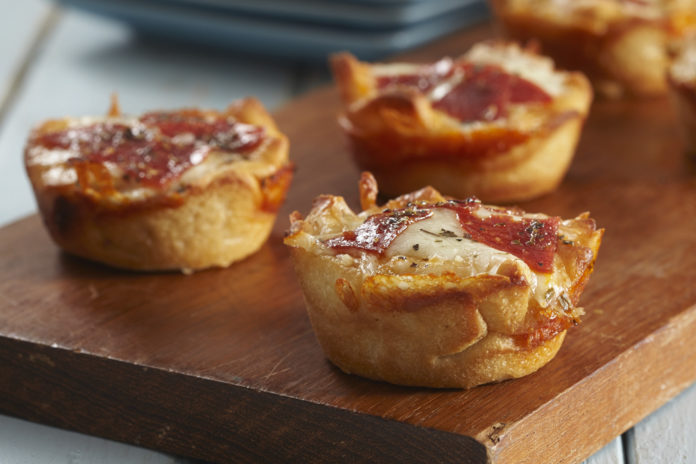 Who doesn’t love pizza? The cheese melting in your mouth, the taste of different flavours blending together so beautifully mingles. Michelle Jimenez-Meggiato and Andrea Meggiato love their pizza and decided to take it one step and convert the famous pizza pie into a pizza cupcake. This is a burst of flavours in a tiny package. It can be eaten anywhere and on the go as well. This can also be eaten as a side dish along with every meal.

Michelle moved from a small town in PA to New York City for college and never went back. Michelle is a first generation Filipina-American.Andrea moved to NYC from Italy, he was the first in his family to ever move to America. Andrea worked in the food industry circuit but decided to take a break. At home however, he was always cooking up a storm. That is where he created the pizza cupcake. This pizza cupcake was then shared with family and friends. Positive reinforcement meant that it was shared all the more to extended family and friends. That’s when the Meggiato’s realised that this was all the hoped for and began their business.

The dough, made from a blend of pan brioche and sourdough, is fluffy, savory and absolutely bursting with flavor. Inside the pillowy crust are San Marzano tomatoes and fresh mozzarella cheese. The toppings include the Margherita with basil and oregano, zucchini, pepperoni or mushrooms. 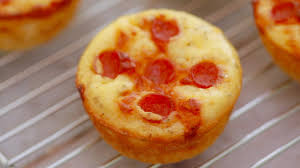 Pizza Cupcakes became a raging feature and was soon a part of numerous food stands at Citi Field, the NY Mets stadium, and at Smorgasburg in Brooklyn, the largest and most prestigious open-air food market in America. They never stopped and began catering events for big companies such as Buzzfeed, Instagram, Facebook, Comedy Central, and The New York Times, and for special occasions, such as birthdays, anniversaries and weddings.But that’s not all, Andrea appeared on “Moments with Mimi,” Mariah Carey’s web series, and taught her how to make the cupcakes. They got exciting reviews featuring their pizza cupcake. 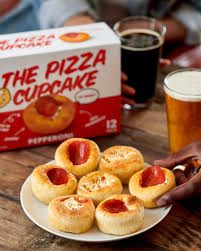 Their journey being truly sensation until the pandemic struck, stadiums were closed and all corporate events came to a halt. Michelle and Andrew were not dejected, rather they transitioned to eCommerce, revamped their website and started home delivery in Brooklyn, Manhattan and parts of New Jersey. Currently, they deliver to over 25 states. The online business is booming but they crave one-on-one interaction with their customers.