One of the most annoying things about natural environments is the constant availability of pests. Pests of all sizes and shapes may they be flying or creeping are supremely annoying. What adds to the irritation is that they are everywhere. They come by the dozen and with different categories such as ants, fleas, ticks, lice, aphids, mites, mosquitoes and beetles. They invade your space and home. Whether you are a resident in major urban areas or rural countryside, the one element that unites geographic locations are pests.

Jana McDaniel and Jessica Thompson were born and brought up at a farm in Oklahoma. They have always known the nitty-gritty’s of farm life and have been working alongside their father on the farm for as long as they could remember. They were also helpers at their father’s limestone business. They were well aware that limestone was most commonly used for pest control in agriculture.

Lime works as an element to control pests by drying out the insects, eggs and larvae. But a fault with limestone is that it has the ability to burn skin and while using it you requires gloves and masks in hand or it could be harsh for the body. When Jana McDaniel embraced motherhood she was sure that she wanted something safe for her children and animals to be around.

The family were also owners of a small local restaurant. McDaniel was not comfortable with the monthly spraying done to control insects. She felt a strong urge to find something safer. In 2016, she approached her sister Jessica Thompson. They began experimenting with what they knew best, lime. Their aim was to come up with something that would not only be more effective but also safer than the standardized lime mixture which they had always used.

Jana McDaniel and Jessica Thompson took the help of a chemist to create a non-caustic lime formula which was safe for both humans as well as pets. First Saturday Lime is an insoluble hydrated limestone, serving its purpose of not reacting with moisture or cause burns or contribute to respiratory issues. It is mined, manufactured, and refined in its own facility, and is not mixed or re-branded from other products.

The name itself is very suggestive. The product is packaged in enough quantity that will be effective pest control for a month. The company is extremely customer friendly and even sends out reminders to the customers to repeat the application on the first Saturday of the month. All of the ingredients in First Saturday Lime are considered GRAS (Generally Recognized As Safe) by the Food and Drug Administration.

McDaniel says that they took the trouble to go the extra length to have the product tested to ensure that it goes beyond the purity requirements. The product is available through three main platforms; their website, Facebook page and Amazon. 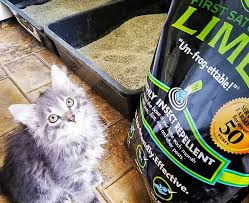 Post developing this mind boggling formula, the sisters purchased around 1,000 bags and created a label. They then stepped out to market the new, patent-pending product to garden stores and farms. It didn’t come as a surprise that patriarchy had sown its seeds deep in the farm, lawn and garden industries.

In an earlier interview with Shelby Woods of AustinTexasWoman.com on the development of First Saturday Lime, McDaniel recalled that when they first marketed the product a majority of male store owners were rather skeptical about the product but what worked for them was that the female sales people showed an interest. But McDaniel and Thompson didn’t let the criticism get to them and they were eventually able to transgress from skepticism to sales.

McDaniel is very firm and doesn’t believe in making any kind of excuses. She says that the main idea is to have faith in yourself. Every person may it be man or woman requires help in promoting their business. What is truly crucial is networking and accepting that you require help.