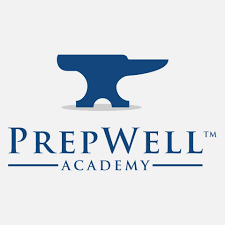 All the students go through the stressful period of selecting what after high school? Will they get entry into their dream college? Is it college that they want to attend after high school? PrepWell Academy is an online website which from the 9th grade itself starts preparing the students for all that they are going face during college admissions.


The Founder of PrepWell Academy!

PrepWell Academy was started by Phil Black. He has graduated from Yale University and has done his MBA from Harvard Business School. Over the years he has gained unique accomplishments like DI collegiate athlete, Navy SEAL Officer, Goldman Sachs Investment Banker, Bootstrap Entrepreneur, Performance Coach at Johnson & Johnson, and a Firefighter.

The Second appearance on Shark Tank!

Phil has already been on Shark Tank with his product FitDeck, he did not manage to get a deal, but the judges were so impressed with his background that he was told he could come back with another idea or a product. He is the first person to appear on Shark Tank for a second time and both the times with the companies he has founded himself.

The Story behind PrepWell Academy!

Four months after the airing of FitDeck on Shark Tank the product was acquired by Implus, a consumer products company that included Perfect Fitness and New Balance Sports Monitors. After this Phil being the father of four boys in their teenage began to consider the resources available to prepare them for applying for college. Out of the resources, he investigated the found that they were good academically and technically but they were lacking in terms of engaging stories or personalities.

Phil then decided to develop an engaging and challenging resource himself. Having four teenage sons, he already knew what keeps their interest and in hat ways do they respond to a suggestion. He decided to become credentialed in College Admissions Counselling and become a mentor to High School Students. All these interactions inspired him to build the “best resource program in the country.” As a result, PrepWell Academy was founded.

The Working of PrepWell Academy!

PrepWell Academy is an online program for high school students that guides the students w.r.t the college admissions. It paces the students and parents through a journey of self-reflection and discovery, discovery and preparation. It allows the students to decide what it is that they want

The goal of this program is to provide is that the students develop critical personal and professional skills to face the real-world challenges that everyone has to face one day or the other. There are three-five minutes video provided weekly with suggestions on life skills and various projects. One on one counseling with Phil is also available on the cards.

How are those essays coming along? Keep these important things in mind as you make your way through them.

Join the PrepWell Academy in the 9th Grade!

Usually, the preparation for college starts during 11th and 12th Grade. But Phil believes that there is a significant advantage of starting earlier. Hence the lessons at the PrepWell Academy start from 9th Grade itself! Although a student can join them at a later stage also.

The services provided at PrepWell Academy!

The Academy provides essay review services, standardized test prep, and financial aid counseling. If such services are unavailable they provide referrals to partners that provide these additional services. The advantage Phil has over other school counselors that he has broad academic and work backgrounds and achievements. High levels of success in athletics, education, military service, and private sector business.

Phil says his mission is to help students make smart choices about their future. He adds that the best measure of success is how his students are doing when they are 25 years old. In doing this he adds that there are four important measures: gainful employment, enjoyment of work, seeing a bright future and little financial burden. He adds that there are infinite scenarios to meet success. His job is to ensure each student create their path to success.

Phil has already managed the feat of being the first person to make a second appearance on the Shark Tank. Is it going to be second time lucky for Phil? Watch out this Saturday on the 18th episode of the 11th season.

I hope everyone is staying safe and hunkering down. Take a corona break this Friday at 8pm and see what goes down on the tank. Is the second time a charm?