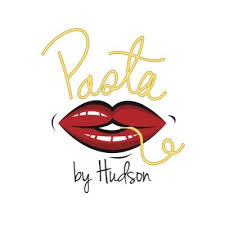 Brandon Fay already had a well established career as a cook in a renowned restaurant in New York City. He had been upping his cooking game since its inception. He has always been innovative and taking it up a notch. Brandon decided to start Pasta by Hudson, a restaurant that is named after his daughter. He has been providing his customers with delicious meals through Pasta by Hudson.

Who is the founder of Pasta by Hudson?

Whenever you watch the CBS segment, ‘Cooking with Brandon,’ and experience his exuberant personality and striking red glasses that make you look twice, it is not astonishing to learn that he was a student of acting at the Lee Strasberg Theater and Film Institute. In 2001, he joined the Fireman Hospitality Group and rose from Maitre D’ to Managing Director of The Trattoria Dell Arte, he was one of the main elements that helped propel the restaurant into a successful and iconic Italian restaurant. The Trattoria is situated directly across the street from Carnegie Hall. During his twenty year tenure at the establishment which he revolutionized Fay has catered events for many famous celebrities, including one infamous 4 AM maybe or maybe not emergency food run for a well-known pop star, who shall remain nameless for the sake of gossip mills. 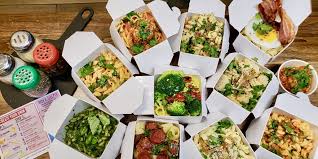 The Story Behind Pasta by Hudson

For some chefs their tryst with cooking begins at a young age. The same was with Brandon Fay. He had an innovative talent of creating exciting new dining experiences when he was young especially when when his grandmother added spaghetti and meatballs to their Passover meals. This was not entirely traditional, but after more than 20 years in the middle of New York City restaurant world, he openly admits that he has never tasted a meatball that could ever beat those his grandmother made.

In the year 2018, Fay opened Pasta by Hudson, named after his daughter. It is situated the Turnstyle Underground Market, at the 8th busiest transit hub in NYC. Located beneath 8th Avenue, Pasta by Hudson in Fay’s words is farm fresh, high quality Italian food at a more fast casual pace. Everything that is served at Pasta by Hudson is made on a daily basis and the freshly-made pasta can also be purchased by the pound, which a stellar idea. The entrees are prepared right infront of the consumer and are made available for immediate consumption and even for takeout when needs. Fay makes it a point to use only eco-friendly disposable to-go containers and utensils. Pasta by Hudson is available to cater for lunch, dinner and late night events and will help create the perfect setting for a variety of corporate & social events.

What is lesser known about Fay, the man who is busy running his cooking show, traveling to Italy to gain greater understanding of the Italian food culture, or running his newest culinary adventure, is that he likes to do something very homely and different—cooking a scrumptious meal for his wife and daughter at home, a place that brews the genius within him.