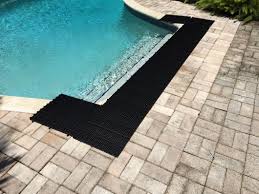 There has always been a conflict between wildlife and homeowners and wildlife love Joseph Balistreri was very well aware of this fact. The conflict was inevitable as people move into areas which have an abundant wildlife disrupting the peace of the animals. Balistreri was eager to provide effective solution to eliminate the animals from houses without causing them any sort of harm. Many of these species of animals are rapidly adapting to urban and suburban life. For humans one of the most frustrating yet common species to be found within their homes is the raccoon.

People often find raccoons to be adorable little creatures. They watch videos of raccoons doing tricks or eating treats on social media websites and enjoy what they see. But the real problem arises when these same cute raccoons do not maintain their cuteness and become a hindrance. When they sneak into your garage in the middle of the night and nibble on things, open trash cans or even spread rotten garbage all over the garage area, it becomes really frustrating. Sometimes these raccoons will swim in your pool or poop in random areas. That is when you realize that they aren’t really all that cute. The worst part about them is that they manage to get into places that are covered up or blocked. In the Northern Woodlands, Tim Traver called these raccoons ‘break-in artists.’ There is no area which is safe from their prying hands including the cooler, garbage can, cupboards or the chimney flute.

Who are the founders of Critter Prickers?

Balisteri is a wildlife removal expert. He has the ability to trap an animal and take a live animal to a fairly remote area without causing harm neither to the animal nor to himself. But this doesn’t mean that it prevents other animals or even the raccoon from returning to the inhabited area. Raccoons are able to subvert the common attempts at repulsing them. That is when Balistreri knew that the solution to this problem was to create something that would repulse the raccoons. 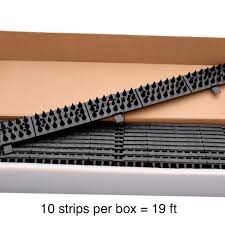 Tim Traver has earlier pointed out that raccoon paws were sensitive and contained many more cells which would detect mechanical stimulus like pressure, which is more than most mammals. Scientifically, only animals and primates have an equivalent or greater than ability. Balistreri focused on formulating a product that would take advantage of this fact and the Critter Pricker was a result of this. Balistreri further on went on to promote his invention by exhibiting it at a number of numerous trade shows. Some of these trade shows were Pestworld 2017 in Baltimore, Maryland, and Everything Under the Sun Expo, in 2018. Patents were granted in January of 2018.

Critter Prickers are strips of polypropylene plastic with pointed spikes with an interlocking snap and hook design enabling the strips to be connected either end to end or side to side. Add ten strips together create a pad of roughly three square feet. These pads are placed in targeted areas such as near pool areas, trash cans, feeders and attics. When raccoons or any other nuisance animals encounter these spikes, they are deterred from moving forward into the targeted areas. Critter Pricker currently has pest control outlets in Ohio, Illinois, Massachusetts, Florida and California.