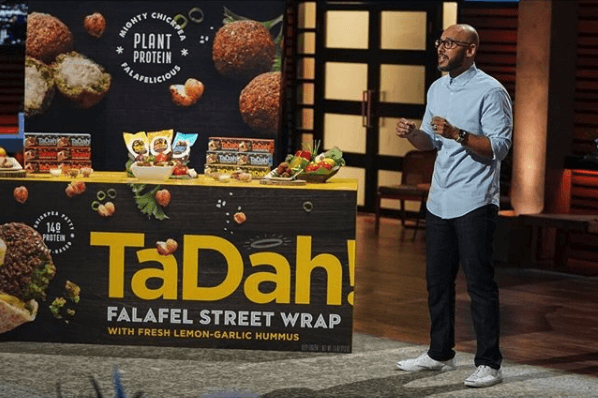 Tadah Falafel Street Wraps is one of the products to be featured on Shark Tank Season 11 Episode 1. The story behind the birth of Tadah Foods is pretty interesting. Yes Tadah Falafel wrap is vegan. Here are some of the unknown facts about Tadah Falafel Wraps and its founder John Sorial

@willsmith I would fal-afel if I didn't invite you to our Shark Tank watch party on 9.29. Bring the family they'll be plenty of TaDah Falafel? to go around. #coptic people doing big things

Who is the Founder of Tadah Foods?

John Sorial is the founder of Tadah Foods. John Sorial hails from an immigrant family who predominantly worked in restaurants and food services industry. He was passionate in working in the kitchen and learnt that food can be a delight to everyone.

John Sorial is a chemical engineer from Johns Hopkins University and worked with AOL as a marketing manager. Sorial was pretty impressive at his work and in spite of that, he felt something was missing in his professional life.

The actual entrepreneurial awakening took life when Sorial was offered a transfer to India. John was reluctant to move his base with his family for a job which he was not very passionate about. Hence, John took the plunge with Tadah Foods.

The Story of Tadah Foods

The mission of John Sorial was to make food in the same way his parents did at a restaurant. Before a make or break meeting, John Sorial made a falafel wrap instinctively which went on to become his primary product at Tadah Foods.

Loving the #miami flavor added to this #falafel meal. Thanks for the post @miamiveganguy I buy these @Tadahfalafel at @Publix by the cart full. Of all the frozen vegan wraps that I have tried these are the best. They cook up in the microwave in 6 minutes. They contain wheat so they are not gluten free but the wheat keeps the tortilla from falling apart and also tasting like a tortilla . 14 grams of protein with only 410 calories. For frozen food out of a box they are delicious and an excellent choice if you are in a hurry or just don’t feel like cooking. The best part is that they 25% of their profits for social good. ? #miamiveganguy #vegan #miamivegan #veganinmiami #plantabased #falafelwrap

The first retail outlet of Tadah Wraps came up in Roots Market in Maryland in April, 2011. The second outlet came up in Whole Foods stores in June. Over the next few years, Sorial participated in several food shows across the country.

In May of 2013, Tadah Foods came up with a new product called ‘Falafel Poppers’.

Tadah donates over 25% of their profits to organizations working for social change. The Tadah Falafel Wraps come in the following flavors:Sweet-Spicy Harissa & Lebni, Feta Green Pepper Salsa, and Spicy Brown Sugar Harissa Hummus. The Falafel Poppers come in Cucumber Dill, Lemony Roasted Garlic Hummus, and Harissa Hummus.hey can be ordered through the website, Amazon or purchased at retail stores such as Wegmans, Kroger and Whole Foods.

You can tell a lot about a wrap by the company it keeps. #plantbased besties #falafel #harissa @miraitsmaddy ・・・ HYPE! Shout-out to @wegmans for carrying all these vegan noms I've never seen. #vegan #whatveganseat #veganfood @lightlifefoods @kashi @luvoinc @fronterafoods @tadahfalafel

Can we come over and learn how to plate beautiful dishes like you @glassonionkitchen ・・・ What dreams are made of ? falafel Buddha bowl @organicgirl greens, @hopefoods hummus, @tadahfalafel falafel hummus poppers and some homemade tahini dressing. I’m keeping it simple because my house is under construction. ? happy Wednesday! #veganlunch #falafel #avocado #hummus #veggies

“The problem is our grandmothers don’t ship nationwide,” he said

Did Tadah Falafel Wraps Get A Shark Tank Deal?

How did Tadah Falafel Wraps fare in Shark Tank Season 11? What did the Sharks have to tell about it? Did Tadah Foods Get a Deal on Shark Tank? More information to be updated soon in this post. 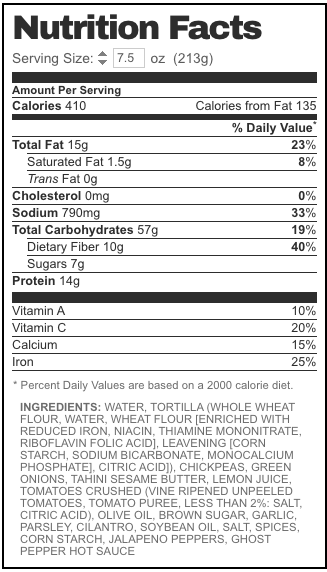 Microwave and oven cooking times may vary please use these instructions as guidelines. Microwave: remove outer plastic film and loosely wrap in a paper towel. Heat for 1 minute then flip over and heat for an additional 45 seconds. Your wrap will be hot so now would be a good time to let it cool out for a minute or two. Enjoy. Oven: preheat oven to 350 degrees. Remove outer plastic film and wrap your hand held deliciousness in foil. Heat your wrap for 40-55 minutes. Caution your food will be hot so don’t burn yourself, because that would ruin an otherwise delicious meal. For thawed wraps: Microwave 20-30 seconds per side. Oven 10-20 minutes.

The wrap was really good. In a quick minute and forty five seconds, it’s ready to eat! I prefer quickly heated items when I take lunch to work. The best part? They’re 100% all natural, vegan, and the tortilla is non-gmo. At $3.99 each, they’re a bit pricey, but it was more than enough for my meal and I actually couldn’t finish it all in one sitting. There was only one true con for me and that was the sodium count – it was a bit higher than I like, but it didn’t reflect a lot in the taste. If you’re looking for a quick lunch option, definitely check these out!