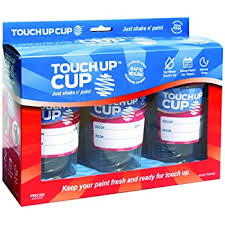 Carson Grill is an entrepreneur by birth. Chris figured out novel ways to store food such as bagels, muffins, and donuts. He has made airtight and waterproof containers to hold six of these food products. They are all made from BPA-free plastic, which can also be used in microwaves and dishwashers.

Touch Up Cup Paint Container Founders and their Story

Carson and his father, Jason, were on a journey to touch the paint in their house. But when they opened the cans of paint which they had kept aside for this moment, they realized that the color was useless as it had dried up and rusted due to improper storage. Some of the paint was letting out a disgusting odor, which was a direct indication that it was spoilt.

They both felt that they need to come up with a better solution for their paint problem. They needed a better way to store the paint, which would be kept for such home restoration episodes.

Carson, although a young boy, was a born entrepreneur. At that time, he was merely a teenager. But with the help of his father, he came up with a practical solution. They designed the Touch Up Cup. It is easy to hold containers for paint, which has an in-built spiral. Their company is called DZ Innovations Inc. They had even filed for a patent on September 20th, 2020. 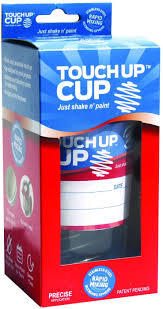 Their products are sold at several establishments such as Walmart, Home Depot, and even their website. Carson and his father are the perfect blends with one another. Both don’t take the credit for their successful venture but give one another the same. That’s what makes them such a great team.