Snacks are a must in every household. Whether it is to munch on in extreme cases of hunger or to while away time, everyone needs snacks. P-Nuff Crunch satisfies your tastebuds and adds to the nutritional aspect as well. 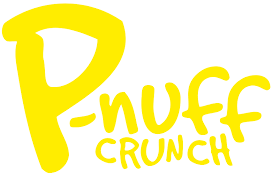 Juan Salinas was very sure about his love for snacks and knew how immensely popular they were with every age group. Juan has received a Masters in Food Science from Rutgers University. He has given 20 years of his life to the snacks industry as a developer for the same in a number of reputed companies such as Nestle, Kraft Nabisco and Cadbury. His products can be found across the United States. Juan is a bodybuilder as well and as a part of his passion been a part of marathons, triathlons and cycle tours. This was his personal interest. 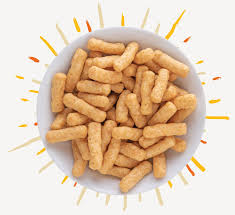 But it didn’t take long for profession and passion to blend. He knew the importance nutrition plays in maintaining a healthy lifestyle. It doesn’t matter if people divulge in it for personal or professional benefits, a healthy body is a must in all scenarios. Salinas knew how snacks were produced and was extremely dissatisfied with the current products available. He has even received a post graduate diploma in Sports and Exercise Nutrition through the International Olympic Committee, and in 2015 founded his company, Perfect Life Nutrition, LLC.

Salinas had wanted to create snacks which weren’t made from added preservatives and artificial flavours he was inclined towards natural sources. His snacks were to provide plat-based protein which is a necessity when it comes to energy and muscle development. This also provides the body with finer which helps in controlling the appetite as well as develops the overall body. 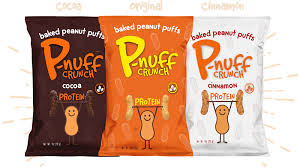 Salinas went on to try over 100 recipes to create an ideal product which would satisfy his tastebuds first before he launched it to the world. P-nuff Crunch is a peanut based snacks which has navy beans, rice, and comes in original, cocoa and cinnamon flavors. It is low in sugar and salt and is vegan plus gluten-free.

It tastes amazing and has an added crunch factor working in its favour. P-nuff Crunch is available through Amazon and the P-nuff Crunch website.