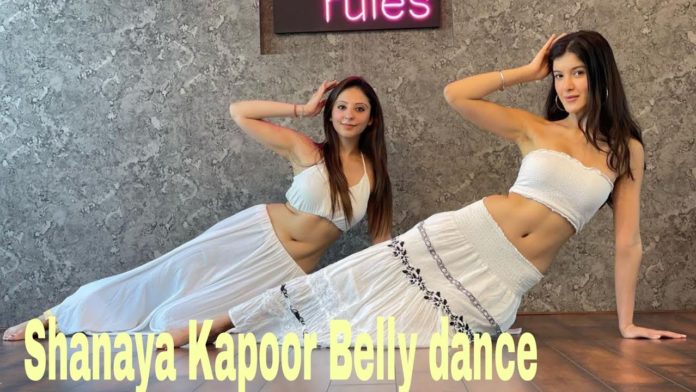 Janhvi Kapoor’s cousin and Sanjay Kapoor’s daughter Shanaya Kapoor are popular on social media these days. She has recently made her Instagram account public. Now more video and photos of her are coming out.

Shanaya Kapoor, daughter of Sanjay Kapoor and Maheep Kapoor, has recently made her Instagram account public. Many of her pictures and videos are going viral on social media. In the recent video, she is seen doing belly dance. Interestingly, during this performance, she has worn the skirt of her best friend Suhana Khan.


Instagram posts of Sanjay Kapoor’s daughter Shanaya are in the news right now. Not only her glamorous pictures but her dance videos are also becoming very viral. Shanaya is taking training from Celebrity Belly Dance Trainer Sanjana Muthareja. Shanaya wrote in the caption with her video, trying to do something different with Sanjana Muthareja. Thank you for letting Suhana steal the skirt.


Shanaya’s dance instructor has shared more video clips of her. There is no official information on whether Shanaya Kapoor will enter the film industry as an actress or not. However, looking at her glamorous pictures and dance training, there are speculations that she may make her Bollywood debut soon.