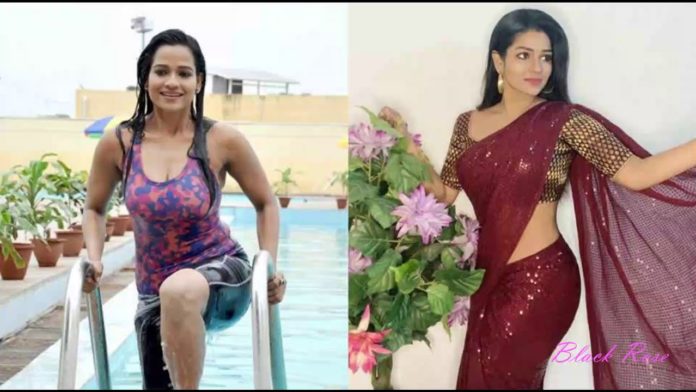 A famous actress Leesha Eclairs from the Tamil serial ‘Kanmani,’ which is airing on Sun TV, has posted her swimsuit photo on the social media site. The likes of this photo are accumulating.

The serial ‘Kanmani’ airing on Sun TV. Actress Leesha Eclairs is playing the role of Soundarya opposite Sanjeev, the protagonist of this serial. A native of Chennai, she has already acted in a few films, including ‘Bale Vellaiyatheva,’ ‘Pothunalan Karuthi,’ ‘Thirupumunai,’ and ‘My Dear Lisa.’


It is noteworthy that her character has been very well received in this serial. Leesha Eclairs, who is active on the social media site at this stage, often posts glamorous photos, including bikinis. In that sense, the bikini photo that she recently posted is currently going viral, and the fans are pleasantly surprised to see this photo, and the likes are accumulating.