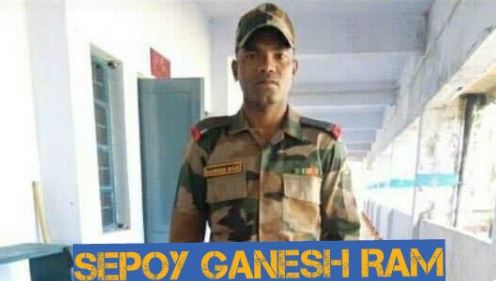 The Indian Army released the names of 20 soldiers who were killed in action on Monday at the Galwan Valley, Ladakh, after clashing with China’s People’s Liberation Army (PLA). Slain Soldier Sep Ganesh Ram is hailing from Kanker, Chattisgarh. Sep Ganesh Ram was killed after being exposed to sub-zero temperatures in the high altitude terrain. The Supreme Sacrifice of Sepoy Ganesh Ram Kunjam from kanker chattisgarh ,16 Bihar regiment,during a violent face-off with Chinese PLA GF at GalwanValley, Ladakh, 15 June 2020

Ganesh Ram Kunjam, who belonged to Kutrutola village of Charama block in Kanker district has joined the army in 2011 and was posted in the India China border barely a month ago. Kunjam had decided to join the army soon after his class 12 exams.