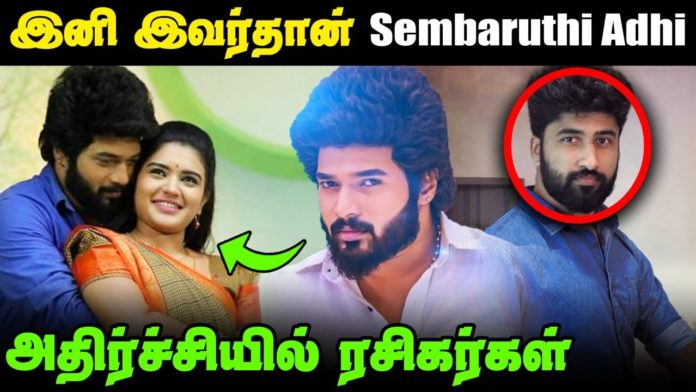 Sembaruthi serial in one of the most popular series aired on Zee Tamil for the past few years. The leading actor Karthik Raj is famous for his role Adithya in this show. In fact, Karthik Raj went on to act in a few web series due to the popularity gained from this tv serial.

Meanwhile, a few days ago, Zee Tamil TV announced that actor Karthik Raj had left the show and another actor will replace him with a similar look. It has been reported that popular presenter Agni has been contracted to replace him. Thus the fans are in for a shock.

VJ Agni has never acted in a serial and will be making his debut as an actor. He has interviewed many famous personalities and is known for his sharp question skills. Will VJ Agni fit in the role of Adithya? We will have to wait and watch.