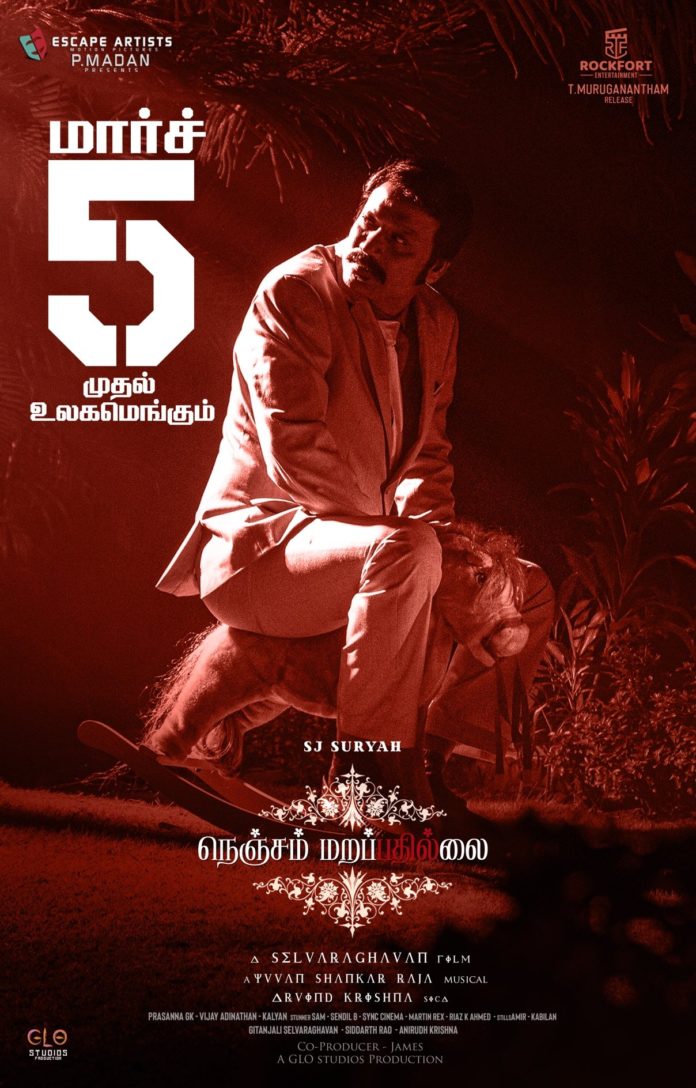 SJ Suryah starrer ‘Nenjam Marappathillai’ directed by Selvaragavan, has been preparing for release for a few years now, but it has been reported that the film will be released soon.

As of now, the release date of this film has been officially announced. SJ Suryah, the protagonist of ‘Nenjam Marappathillai,’ has announced that the film will be releasing on March 5, 2021.

As he plays the character of Ramasamy in the film, he mentions that you can see Ramasamy on the big screen on March 5th’ and that ‘this is a different game.’ He also posted a huge poster with the release date of the film on his Twitter page.

Yuvanshankar Raja has composed the film’s music, which stars SJ Suryah, Regina, and Nandita Swetha, among others. Produced by Escape Artist Madan, the film is expected to be on Selvaragavan’s hit list.