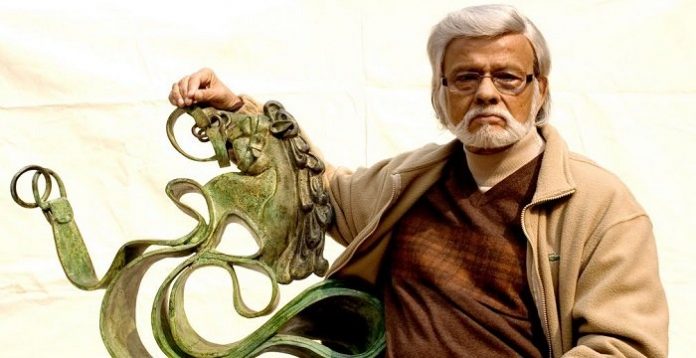 Another sad day for art lovers as acclaimed painter and sculptor Satish Gujral passed away at the age of 94. A Padma Vibhushan awardee, India’s second-highest civilian award, he was muralist, sculptor, painter and a writer. The artist, brother of former Prime Minister Inder Kumar Gujral, designed the Belgian embassy in Delhi and Goa University. Gujral is survived by his wife Kiran, son Mohit, daughter-in-law Feroze, and grandchildren.


Gujral studied at Mayo Arts School in Lahore and later went to JJ School of Art in Mumbai. In 1952, he got a scholarship to study at reputed Palacio de Bellas Artes in Mexico, where he was apprenticed under renowned artists David Alfaro Siqueiros and Diego Rivera.

Gujral’s artwork was inspired by the words penned by poets such as Ghalib, Faiz Ahmed Faiz and Iqbal. He first picked up colours at the age of nine, after an accident near Pahalgam in Jammu and Kashmir rendered him deaf.

Anna University postpones engineering exams to May 2020 due to Coronavirus