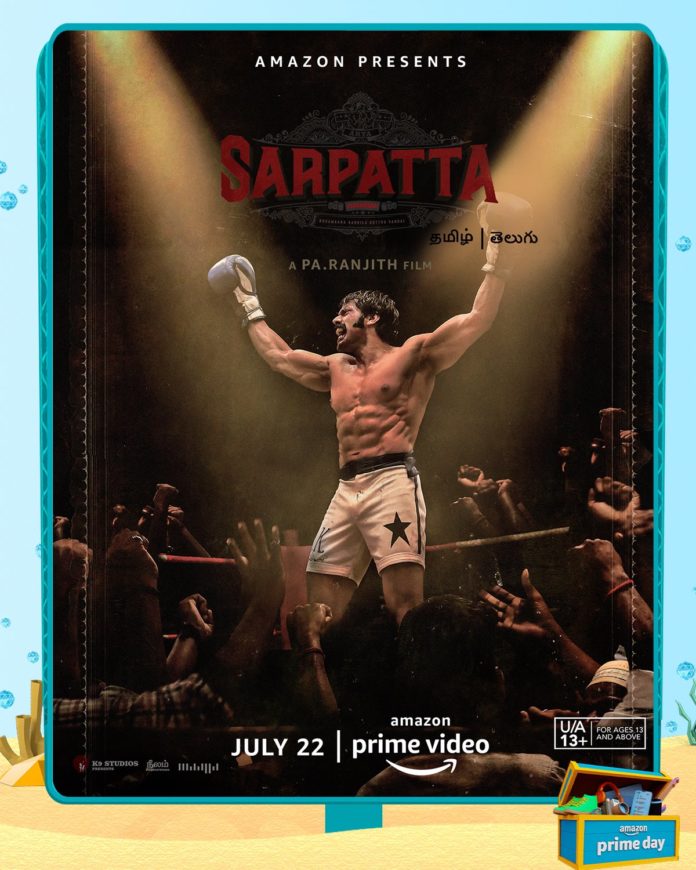 The film ‘Sarpatta Parambarai,’ directed by Ranjith and starring Arya, will be released on July 22 on Amazon Prime.

After Kabali and Kala, Ranjith has directed Sarpatta Parambarai. This is a movie about two boxing teams that were popular in North Chennai in the eighties. Two teams, the Sarpatta clan and the Idiyappa clan compete in boxing along the way. The picture is taken in the background. Since Ranjith’s Attakathi is a film based in North Chennai following Madras, fans and critics eagerly await the Sarpatta Parambarai movie.

For an individual as well as for a society,there is a gulf between merely living and living worthily-Babasaheb
Victory of an Individual is a victory to the entire society.
Watch #SarpattaParambaraiOnPrime July 22,@PrimeVideoIN @arya_offl @officialneelam @K9Studioz thanks to all pic.twitter.com/5UwUW0z0iU

The crew has announced that it will be released on the Amazon Prime video on Thursday, July 22, 2021.