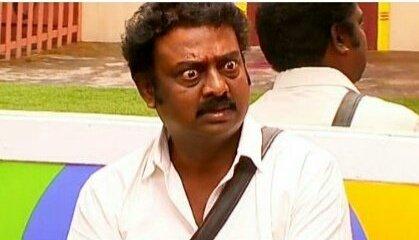 Another Shocking move from Bigg Boss Tamil team is sudden elimination of Saravanan from Season 3. Saravanan was warned last week by Bigg Boss for his on-screen confession of misbehaving / teasing women in buses during his younger days. He apologised to the viewers about this behaviour and requested people not to repeat his mistakes. Week 7 of Bigg Boss started with nomination for elimination – Losliya, Abhirami, Sakshi Agarwal and Saravanan were nominated.

Then they continued with a Bigg Boss task, while the task was in progress Saravanan was called inside the room and told that he is evicted from the house for his confession of teasing women during his younger days. He was told to leave via the other door without informing any of the contestants. He was given a red card and this is very first time Red Card was given to a contestant in Bigg Boss Tamil. The episode ends with him leaving Bigg Boss house via the other door. We will update on what happens in today’s episode. Stay tuned.