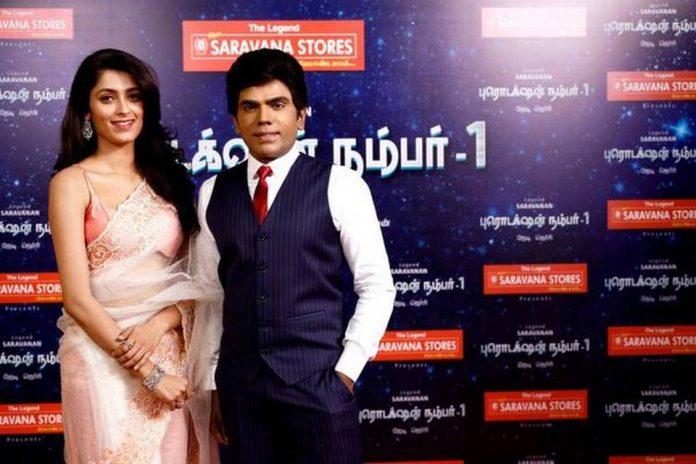 Saravana Stores owner Legend Saravanan who is famous for his various advertisements made with Tamannah and Hansika Motwani is making a film debut. His film debut was launched today 1st December 2019 by legendary producer AVM Saravanan, and veteran director SP Muthuraman. The yet-to-be-titled film, which is set to be directed by the filmmaker duo JD and Jerry, will have music by Harris Jayaraj.


Legend Saravanan will produce and act in this movie as hero. Debutante Geethika Tiwary has been cast opposite Legend in the film, which also stars Prabhu, Vivekh, Vijayakumar, Nassar, Thambi Ramiah, Kaali Venkat, Mayilsamy, Latha, Kovai Sarala, and Devi Mahesh. It is also said that another popular heroine will be part of this film. The film is not titled yet.

The director duo, who debuted with the 1999 Ajith-starrer, Ullasam, last helmed the 2003 crime thriller, Whistle, starring Sherin and Gayathri Raghuram. The film is planned to shot in Chennai, Pollachi, Himalayas, and a few other foreign locations. The film, which is also produced by the actor himself under The Legend New Saravana Stores banner, will have cinematography by Velraj, editing by Ruben, art direction by SS Moorthy, and the dialogues are written by Pattukottai Prabhakar.