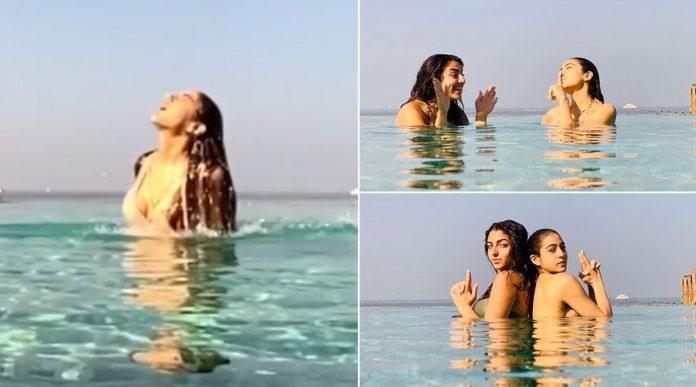 Bollywood’s Hot actress Sara Ali Khan is seen to surprise everyone with her boldness on social media. Recently, she has shared a video of her on the internet, in which she is seen wearing a bikini and enjoying herself in water in her sexy style. This video of her is becoming viral on the internet and more than 45 lakh people have watched it so far.

Sara has shared a video on Instagram in which she is seen waving her hair in water. By sharing the video, she gave the caption, “Start your day like this.”

Let us tell you that Sara is celebrating vacation these days and she also has a friend with her. Earlier too, she shared some of her photos on the internet, in which she was seen having fun with her friend.
instagram.com/p/B6lEjW2p2xM/?utm_source=ig_embed
Talk about films, soon Sara will be seen in the sequel of Imtiaz Ali’s film Love Aaj Kal. Apart from this film, he was given the ‘Coolie number’ with Varun Dhawan. 1 ‘remake has also been cast.