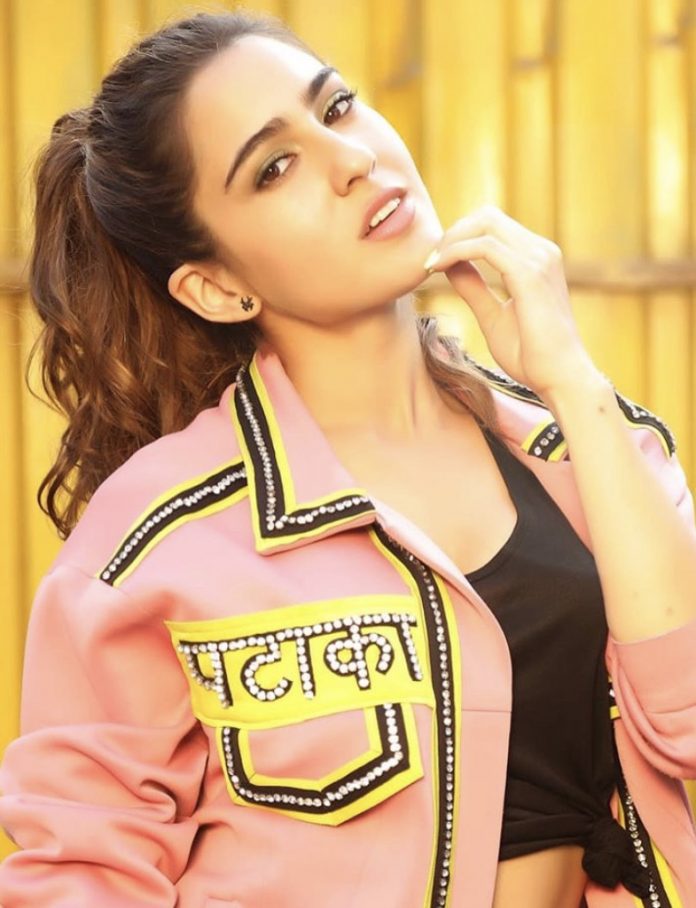 You could feel the adrenaline rush and your heart’s pumping when Sara Ali Khan announced that her upcoming film. Lova Aaj Kal, would be releasing on the 14th of February. The actress will be seen alongside Kartik Aaryan, also rumored to be her boyfriend, in Imtiaz Ali’s next directorial. The actress was on and about on the day of the trailer launch and she was all decked up throughout the day.

She took her love for bright colors and shorts a notch higher. Sara wore a black crop top and black shorts which she paired with a pink jacket with ‘Patakha’ printed on it. And we must say she did look like one. The actress completed the outfit with a three-strap neon heels and matching neon manicure to go with it.

A post shared by Shivangi Kulkarni photography (@shivangi.kulkarni) on Jan 18, 2020 at 4:49am PST

Sara adapted to the look effortlessly. She pulled up her hair into a high ponytail with her locks curled.

Her outfit was popping out so she went low on the makeup. She let her outfit do all the talking. Sara opted for a smooth, clean base, dark, filled-in brows, pink lips, loads of mascara look. What completed it all was her ever so friendly nature and million dollar smile.
Sara will be seen alongside her co-star Kartik Aaryan as they step into the Big Boss 13 house tonight to do a fun task with the contestants. On the work front, Love Aaj Kal release on Valentine’s 14th February 2020.