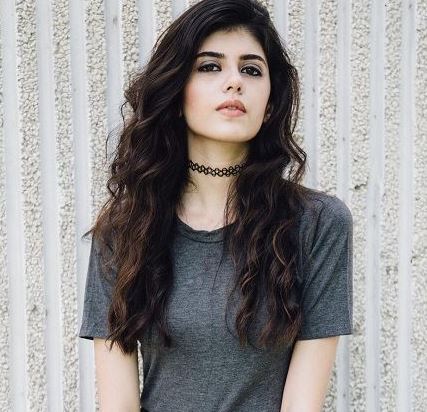 Sanjana Sanghi is a indian model and actress. She is known for the role of Mandy in Ranbir Kapoor and Nargis Fakari starr Bollywood film “Rockstar”.

She marked her debut in the entertainment world at the age of 14 with the hit Bollywood film – Rockstar (2011), alongside Ranbir Kapoor & Nargis Fakhri. Prior to making her Bollywood debut, Sanjana was seen in advertisements for major brands such as Coca-Cola, Cadbury, Myntra, Aircel, etc. She has also worked in “Hindi Medium” (2017) and “Fukrey returns” (2017). In November 2019, she acted in the remake of the Hollywood movie “The Fault In Our Stars” titled “Dil Bechara” alongside Sushant Singh Rajput.