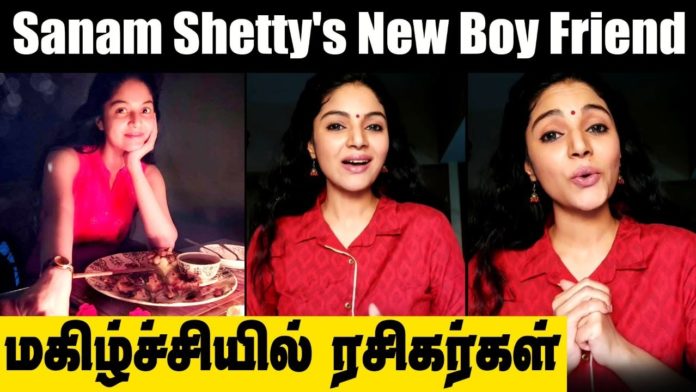 It is learned that Sanam Shetty, one of the contestants on the Bigg Boss Season 4 show, was the one who spoke up what came to her mind and was equally accustomed to everyone without any support from any group,,. Still, unfortunately she was evicted in a few weeks.

It is also noteworthy that Sanam Shetty had the fans’ support even after Bigg Boss left the house. It was in this context that last year Bigg Boss 3 contestants Tharshan and Sanam Shetty fell in love, and both got engaged. However, Sanam had complained with the police against Tharshan after the two suddenly broke up and a case is pending against him.

In this regard, Sanam Shetty has introduced her new boyfriend to the fans on Valentine’s Day. He posted a photo of himself holding Valentine’s hand and said, “Thank you for making this an unforgettable day, and having dinner with him on Valentine’s Day was magic.”

The photo was posted on Sanam Shetty’s official Instagram page, revealing that he is Sanam Shetty’s new boyfriend. Anita Sampath, one of Sanam Shetty’s close friends, also greeted him. This photo has received millions of likes and is currently going viral.