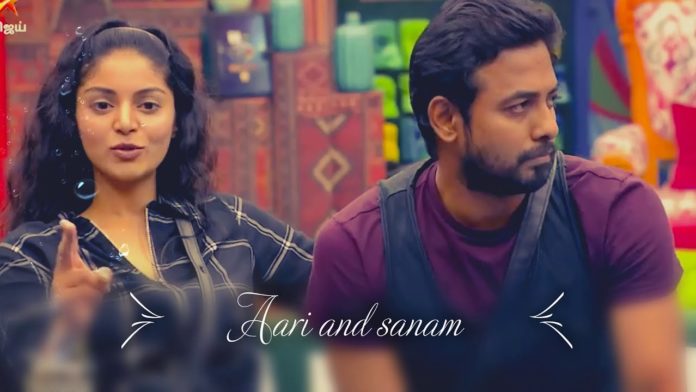 It was known to the audience almost fifty days ago that the winner of the Big Boss Season 4 title is Aari Arjunan. The growing support for him and the fact that he was the first to be saved every time whenever he was nominated, made him aware of the support he was accumulating on social media and the support of film personalities.

In this case, who is the winner of the Big Boss title today? All the contestants have come to the Big Boss stage to attend the finale as it is yet to be officially announced. It is noteworthy that performances with a lot of dance celebration are taking place today.

Earlier in the day, Sanam Shetty posted a photo of herself with Aari on the Twitter during the finale. We already saw that when she went as a guest to the Bigg Boss house she was heartily congratulating that Aari should win the title. The photo taken by Sanam Shetty with Aari, who is expected to be the Big Boss title winner at this stage, is currently going viral on social media.