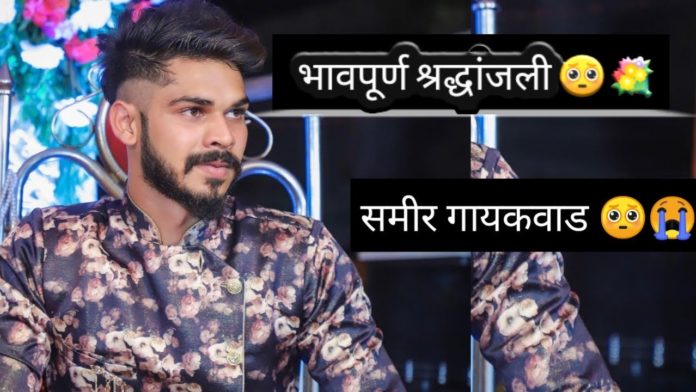 Another tick talk star has committed suicide. Famous TikTok Star Suicide star Sameer Gaikwad, who lives in Pune’s Wagholi campus, was found dead in his home on Sunday. This unfortunate event happened at 5 pm on Sunday 21st February 2021. TikTok star Sameer Gaikwad was 22 years old; his body was found hanging from the fan at his house in Wagholi. In the initial investigation, the police have reported a case of suicide.

According to the news of Indian Express, the police have registered a case of suicide at present. The police have started investigating the matter. However, why Samir Gaikwad took a drastic step like suicide because it is not known yet. The police are questioning their close ones.


Samir Gaikwad’s cousin Prafulla Gaikwad said that he was distraught in his personal life for a long time, and his love affair was not going well. According to the police’s information, Sameer had locked himself in the room on Sunday evening. After this, he ended his own life by making a sari’s noose and hanging himself in the house’s ceiling fan. Police said that Praful Gaikwad, Sameer’s cousin, had reached the room first.

The police have started investigating the entire case. No suicide note has been found from there. Indra Kumar’s body was found hanging from the fan. The police were immediately informed about this.