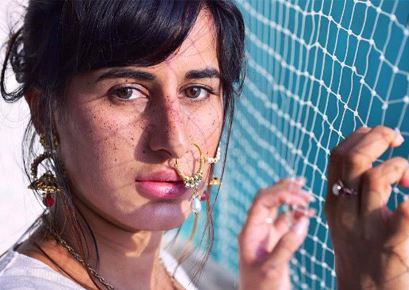 Saloni Chopra is an Australian Actress and Model from Mumbai, India. She began her acting career with a short film named Maya. She appeared in Salman Khan’s starring “Race 3” (2018).

She did her schooling in Australia. After completing her schooling, she came to India to study Fashion Designing, at the age of 18. Saloni made her acting debut with the film “Maya” (2013), and the film was selected to screen at the Cannes Festival.
She runs two blogs on ‘Medium’ called “Tiny Footprints” and “In Bed with Society” along with her brother Sahil. Saloni and Rahul run a joint business called “Love & Borders” which sells presets and also runs a travel blog.

In 2018, during the MeToo Campaign in India, she alleged that Sajid Khan, Zain Durrani, and Vikas Bahl had harassed her. Also Saloni appeared on the cover page of MenXp’s November edition along with Kubbra Sait and Sona Mohapatra; for taking their stand on MeToo Movement in India.