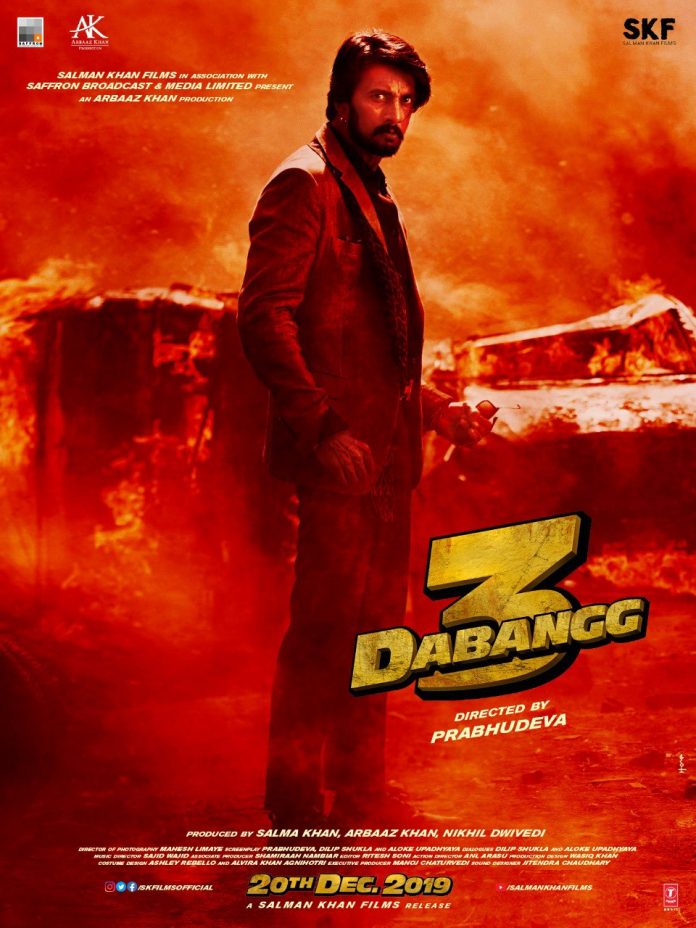 Bollywood actor Salman Khan’s upcoming film Dabangg 3 is getting tremendous excitement in the audience. The third film of the Dabangg series is produced by director Prabhudeva, who has made blockbuster films like Wanted with Bhaijaan. This is the first film of Salman Khan and Prabhudeva after Wanted, due to which the audience is restless to see ‘Dabangg 3’. Recently Salman Khan posted a video from his social media account and told the audience that he was going to start promoting his film. After this, Salman Khan today released the first poster of Dabangg 3 with his Twitter account. Artist Kicha Sudeep is seen in this poster.

While sharing the poster, Salman Khan wrote, ‘The bigger the villain, the more fun it is to fight with. Introducing Kicha Sudeep as Balli … who will play the role of villain in Dabangg 3. ‘

In the poster of the film, Kiccha Sudeep looks angry wearing a suit-boot. It is clear that this time in the story of Dabangg 3, instead of the desi villain, there will be a little read villain. Seeing Kiccha Sudeep on the poster of Dabangg 3, it can be inferred that in the film he will not only run his hands and feet but also his mind and will disturb his Chulbul Pandey.