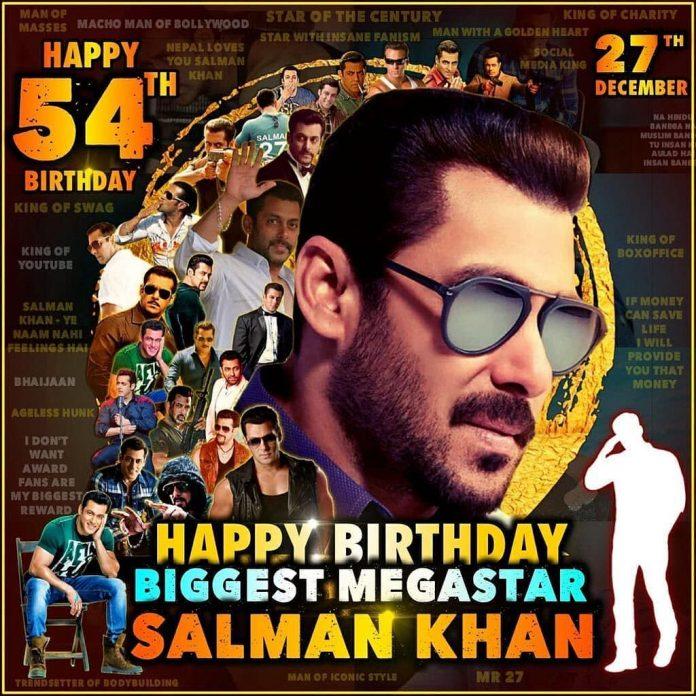 Salman Khan 54th Birthday: Bollywood’s Bhaijaan Salman Khan has turned 54 today. On the occasion of his birthday, all his loved ones and his friends are sending him congratulatory messages and wishes. His social media account is also full of fans. Salman Khan is known in the film industry as an actor who not only donates a lot, but due to him, the fortunes of many artists have been able to shine here.


Whether it is Himesh Reshammiya or Katrina Kaif, there are many big names who have been able to make a career with Salman Khan’s help in the entertainment world today. Now, Salman is also seen as an angry and no nonsense actor. It has been seen many times when his anger has proved to be quite fatal for him. Today we are going to tell you about some such controversies in his life, due to which he has had to face a lot of problems too.

The love story of Salman Khan and Aishwarya Rai has always been a topic of discussion in the media. When they had a breakup in 2002, Aishwarya accused them of harassing her. Aishwarya said that Salman has not been able to bear the breakup with them and is harassing them. Due to this, his parents had also filed a complaint against Salman. With this, Aishwarya’s name was also being associated with Vivek Oberoi. Vivek then called a press conference and accused Salman of blasting him. Vivek had said that Salman is threatening and harassing Aishwarya.

2002 Hit and Run Case
On 28 September 2002, Salman Khan was arrested on charges of driving rash. He was accused of driving a car at a fast speed and entered it in a bakery in Mumbai. One person was killed in this accident, while the other three people sleeping on the road were also badly injured. After this, a court case was also against Salman Khan. On 6 May 2015, he was found guilty and the court found that he was driving drunk. In this case, he was sentenced to 5 years. He was then presented the same day in front of Senior Counsel Amit Desai, who granted him bail. In December 2015, he was completely acquitted in this case.

The scuffle took place between Salman Khan and Shahrukh Khan
Salman Khan and Shah Rukh Khan were present in Katrina Kaif’s birthday party in 2008 when a scuffle broke out between them. According to reports, Shah Rukh had made some fun with Salman due to which he got irritated and there was a lot of quarrel between them. After this, their conversation remained closed for a long time. In 2013, at the Iftar party of Baba Siddiqui, he had forgotten the old friendship.

Black Buck Poaching Case and Arms Act Case
Salman Khan was shooting for the film ‘Hum Saath Saath Hain’ in Jodhpur in 1998, when a case of killing a black deer was registered. Along with him, his co-star Saif Ali Khan, Tabu, Sonali Bendre and Neelam were also booked for abetment. He spent a week in Jodhpur jail after which he was granted bail. The Bishnoi society had surrounded him from all sides regarding this matter and this court case is still going on. Along with this case, a case was also filed under the Arms Act case. On 5 April 2018, he was sentenced to 5 years by the Jodhpur court. After this, he was released after filling two surety bonds of 25-25 thousand.

Salman’s controversial rape comment during the promotions of the film ‘Sultan’
During the promotions of the film ‘Sultan’ in the year 2016, Salman had told the media that when he came out of the ring after a rigorous shooting schedule, he felt like a raped woman. Due to this, he faced a lot of criticism. Many activists had objected to this and at the same time, the Women’s Commission also issued a summons against them, condemning it.