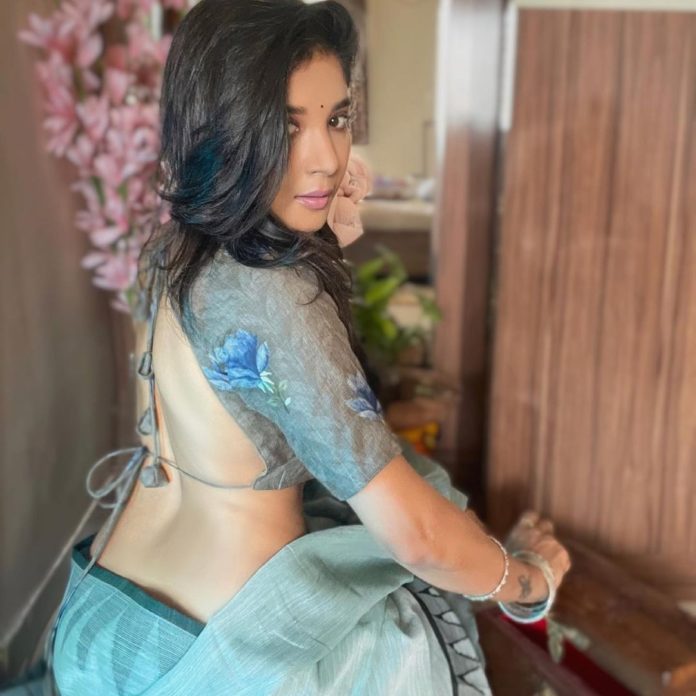 Actress Sakshi Agarwal has a habit of posting glamorous photos on her social media and workout and fitness photos. It is noteworthy that Netizens have been celebrating her photos with both positive and negative comments.

Actress Sakshi has posted a photo of herself wearing a sari on her Instagram. But while the photo is glamorous showing her back, its caption reads, “How quiet it is to be alone.” Netizens who saw this asked, “Is your mind like this, even though you are single?” They are teasing, and these photos are going viral on social media.

Actress Sakshi Agarwal starred in the recently released film ‘Teddy.’ She has also played the lead role in the movie “Cinderella” and movies like “Aranmanai 3” and “The Night.”