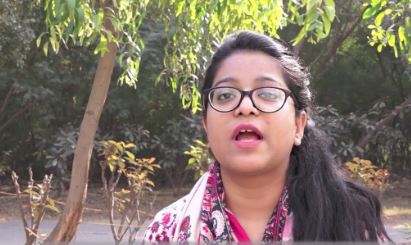 Safoora Zargar was the Media Coordinator of the Jamia Coordination Committee. Many protests were organized at Jamia under her leadership. She is endowed with great oratorical skills which she uses to gain traction among gullible Muslims youths.

Safoora Zargar is a Research Fellow at Jamia Milia Islamia. More than being a student, she is known for her association with anti CAA protests at various locations in Delhi.

Safoor Zargar was also involved in the harassment of Seema Aiman Rizvi. She along with some friends had locked up Rizvi in a room at Jamia and had beaten her. The fault of Rizvi was to post some videos over her social media profiles supporting the cause of national integration.