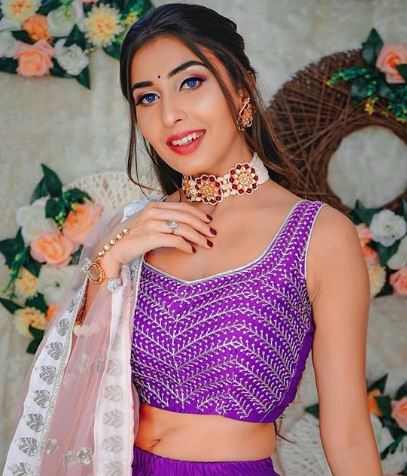 Ruma Sharma has appeared in several advertisements. She was featured in Fashion Herald Magazine as FH Freshface Feature. Ruma Sharma did her first show as a lead in Shree Ram Centre Auditorium of Delhi at the age of six. She was later cast for the Star Gold episodic series. Her second show was Jasoos Vijay produced by BBC World. She also acted opposite Rajat Tokas in the DD1 show Rahul as Tulsi. After that she appeared in the DD1 Show Zara si Baat by Tiny Production and 2009 Movie Dimag Ki Dahi as a child artist.
Ruma has done series like Fear Files: Darr Ki Sacchi Tasvirein, Savdhaan India, Shapath and Code Red. She also appeared in cameo roles in serials like Kaisi Yeh Yaariyan and Famous for her role as Ridhima, Siya Ke Ram, Kaala Teeka and Tashan-E-Ishq. Ruma was the main lead in the short films The Tale of the Boy and Two Nights, Guardian, 4 Shades of Attraction and 100% Pleasure.