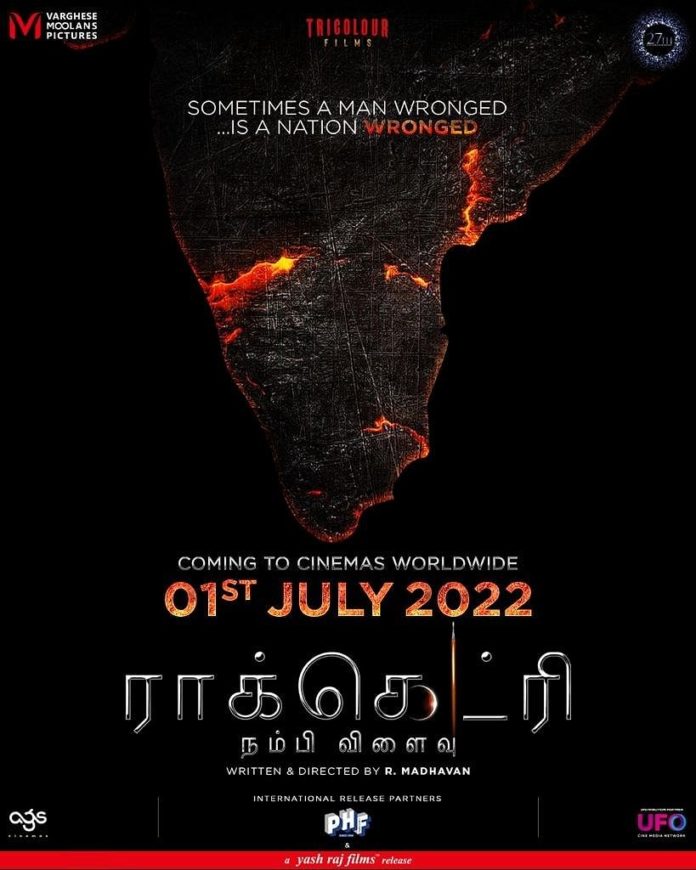 The release date of ‘Rocketry,’ directed by Madhavan and starring one of the most popular actors in the Tamil film industry, was announced five years after its pooja in 2017. ISRO scientist Nambi Narayanan’s biopic was shot and post-produced several months ago and is ready for release.

The film’s release date has been officially announced as July 1, 2022, following a few announcements and the postponement of that date, which has now reduced the incidence of the coronavirus and the deregulation in theaters. The video posted by Madhavan on his social media page has gone viral.

The film stars Madhavan, Simran, and many others and is composed by Sam CS. The film is being made in Tamil, Telugu, Malayalam, Kannada, English, and Hindi and is one of the most anticipated films of this year.